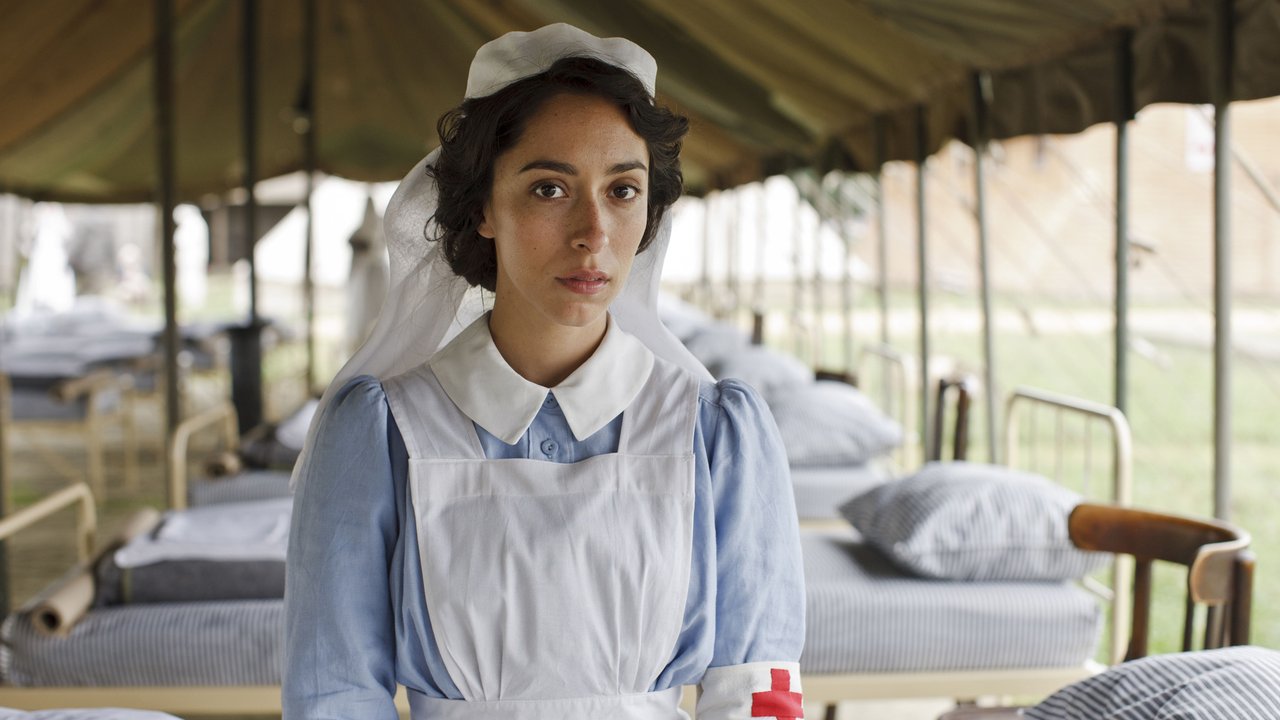 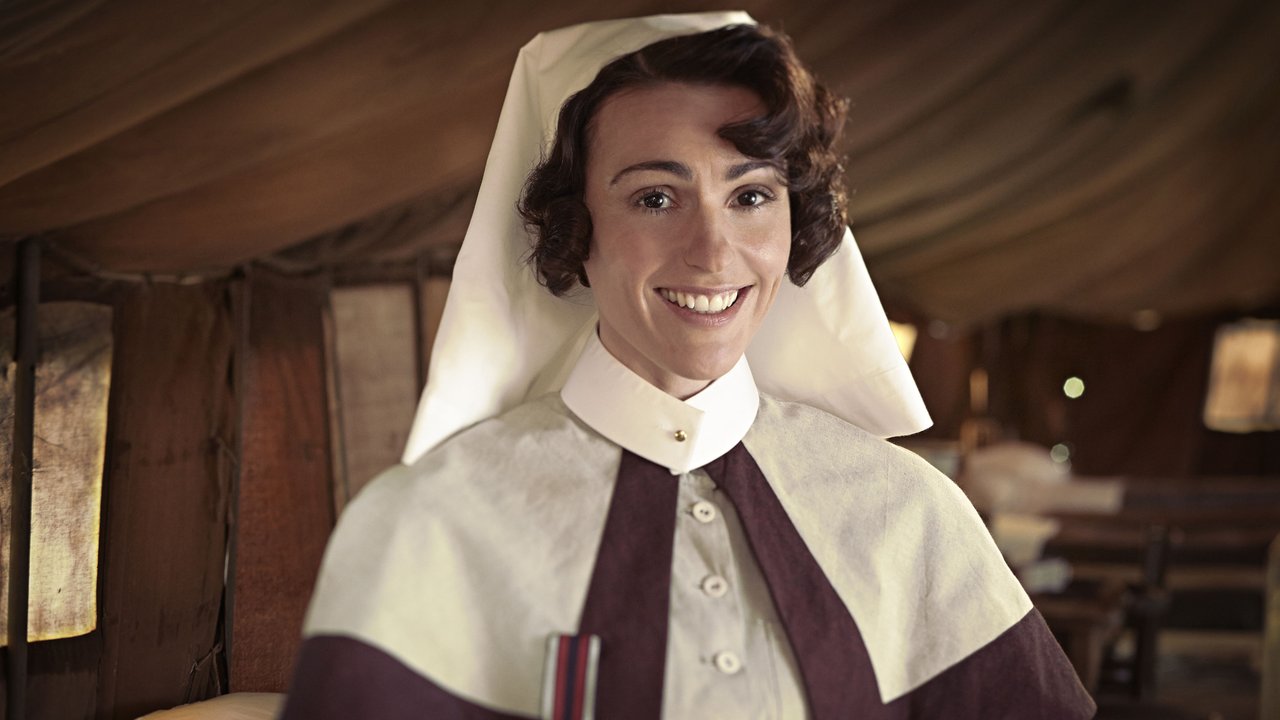 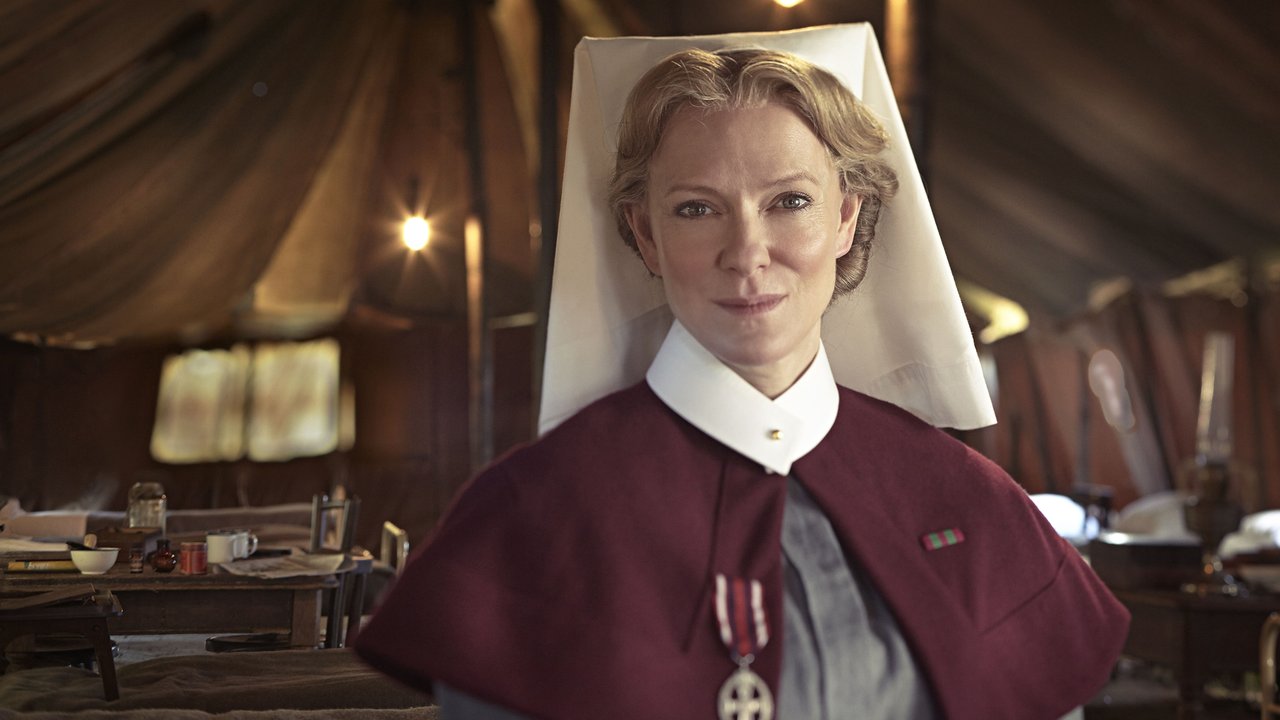 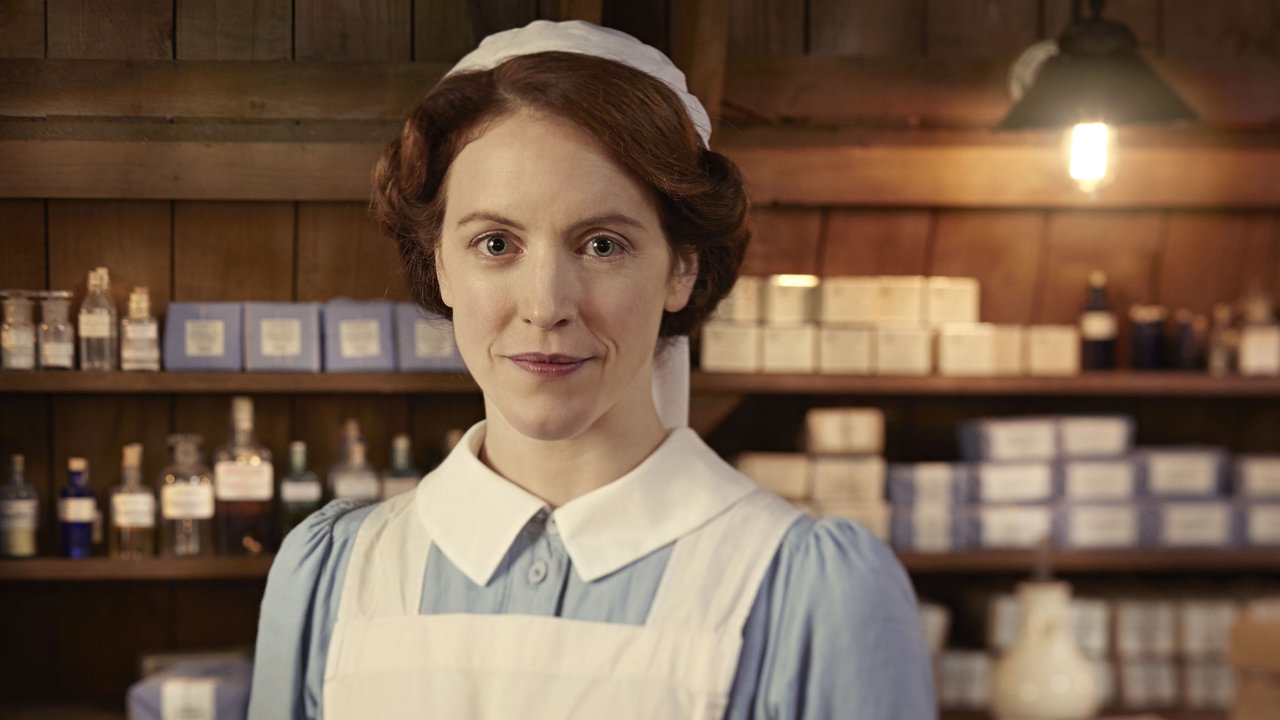 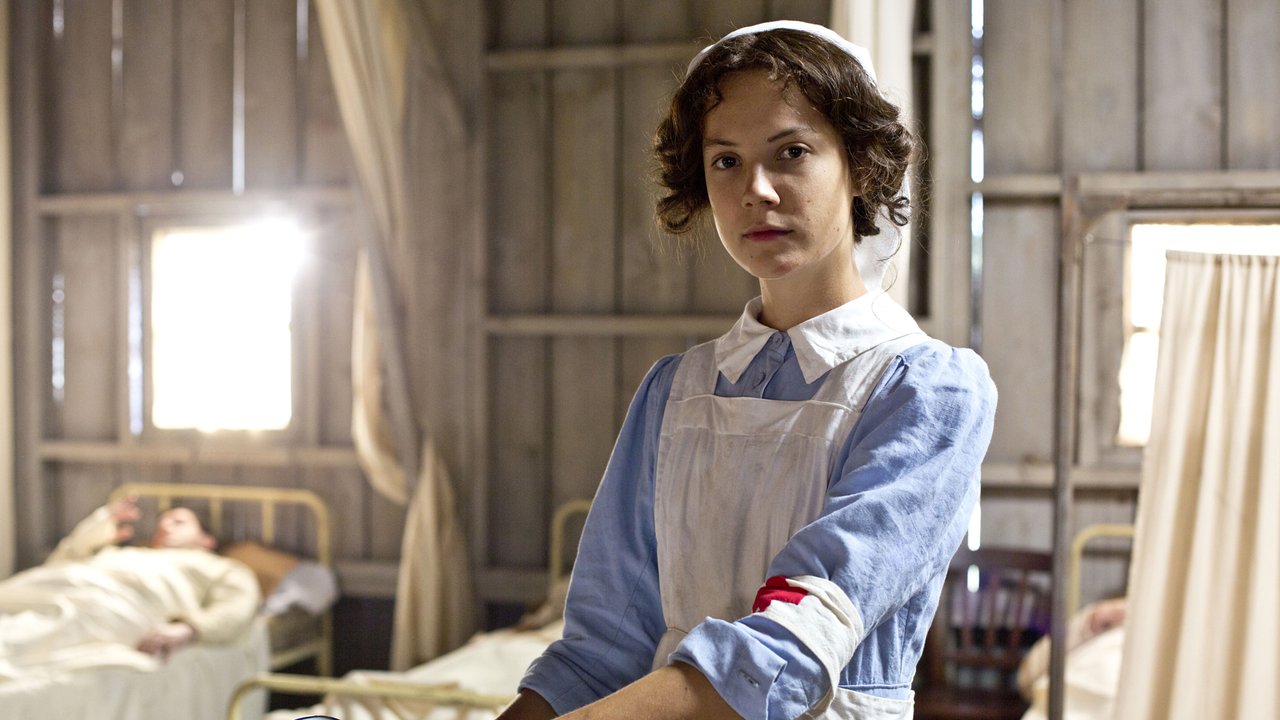 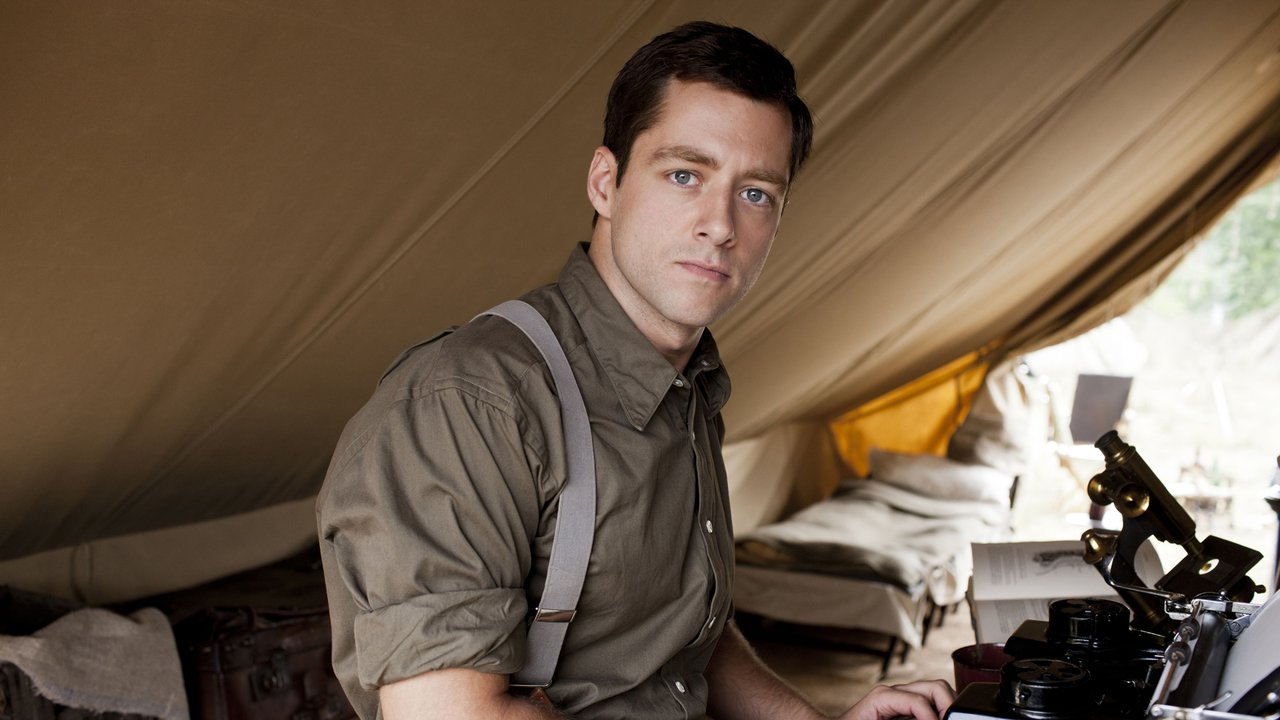 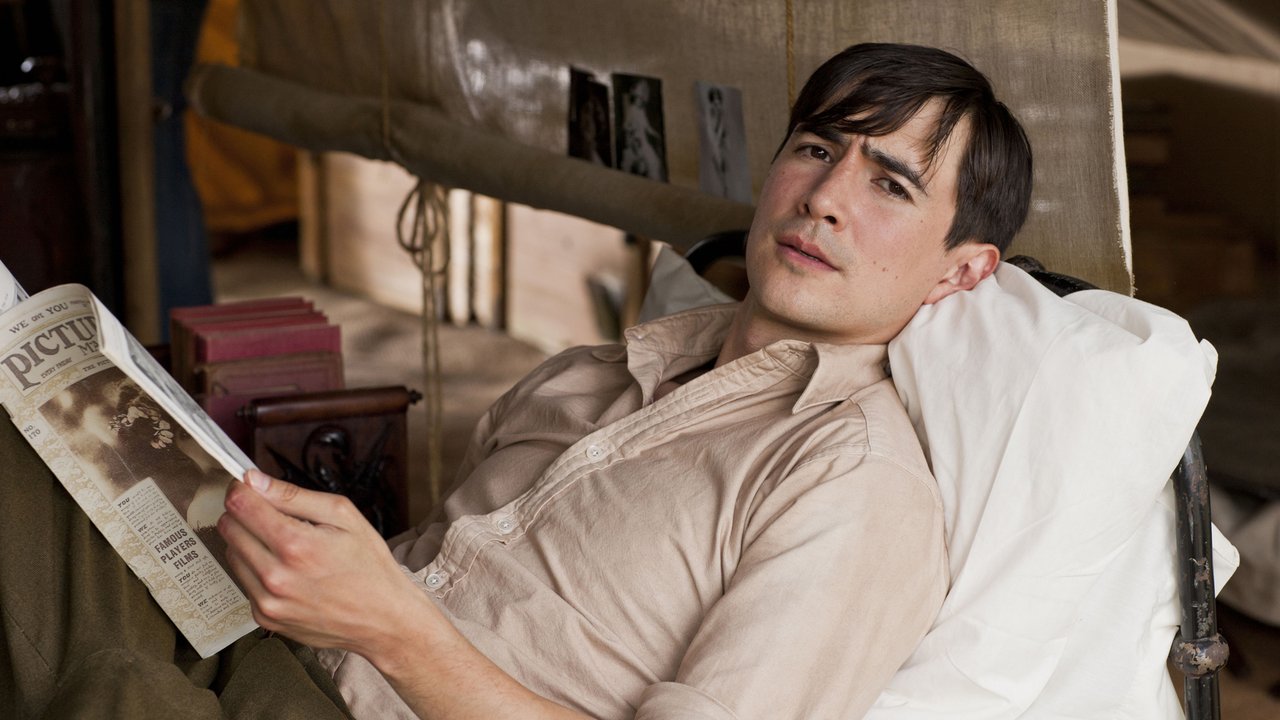 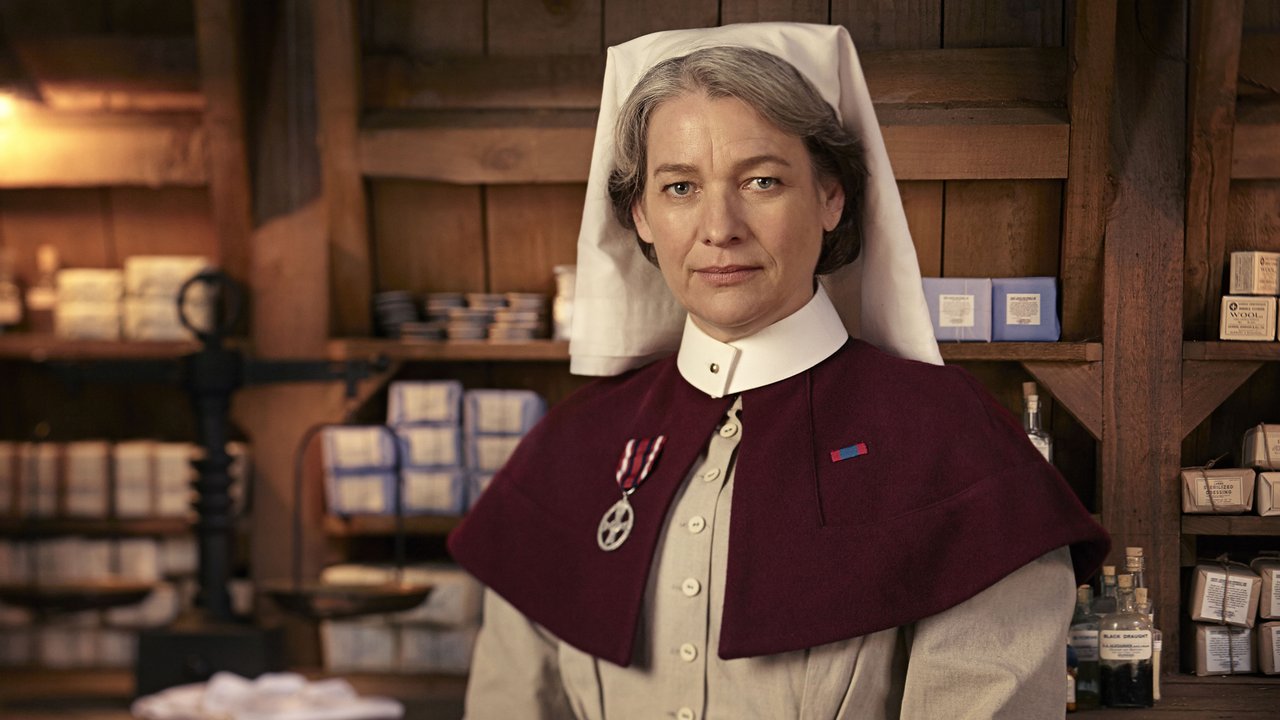 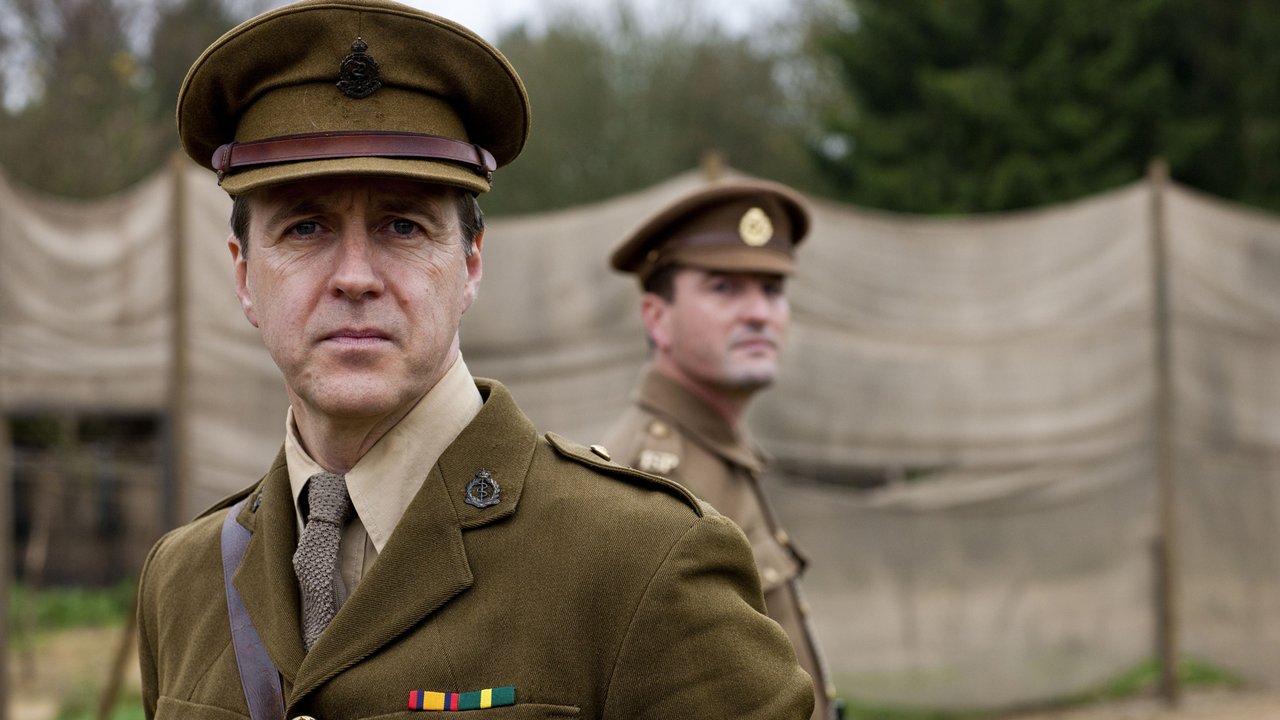 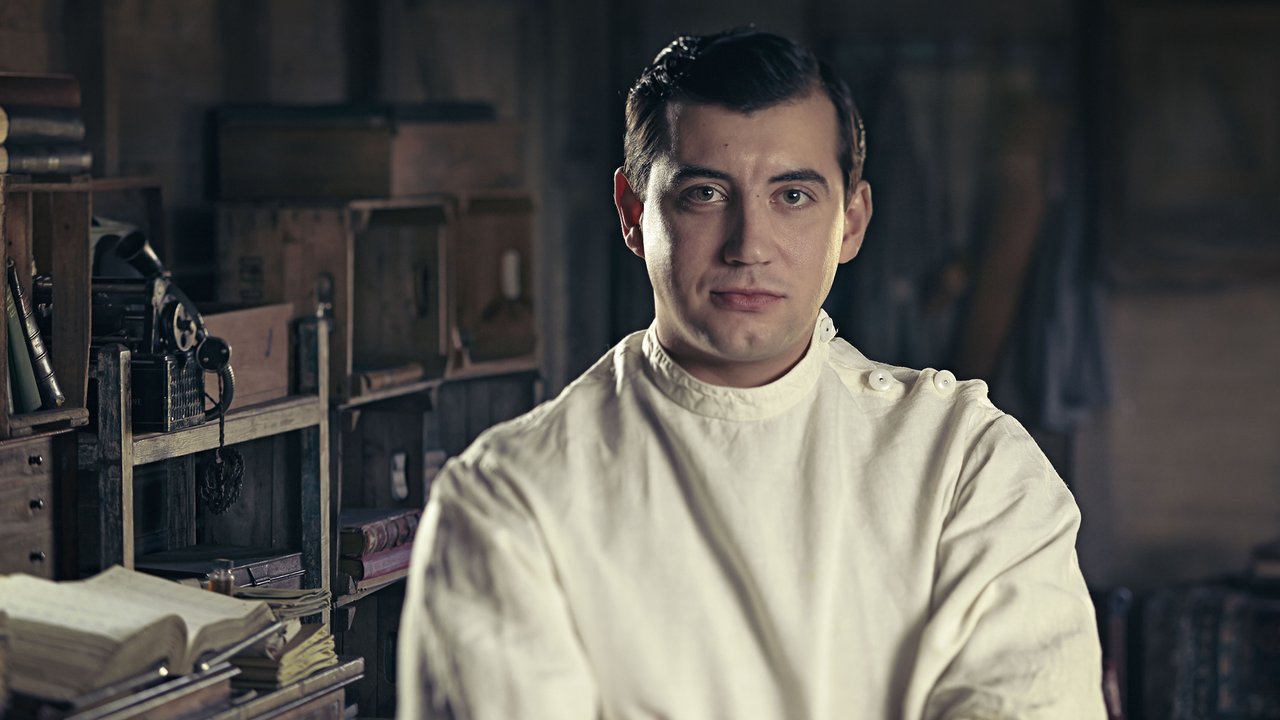 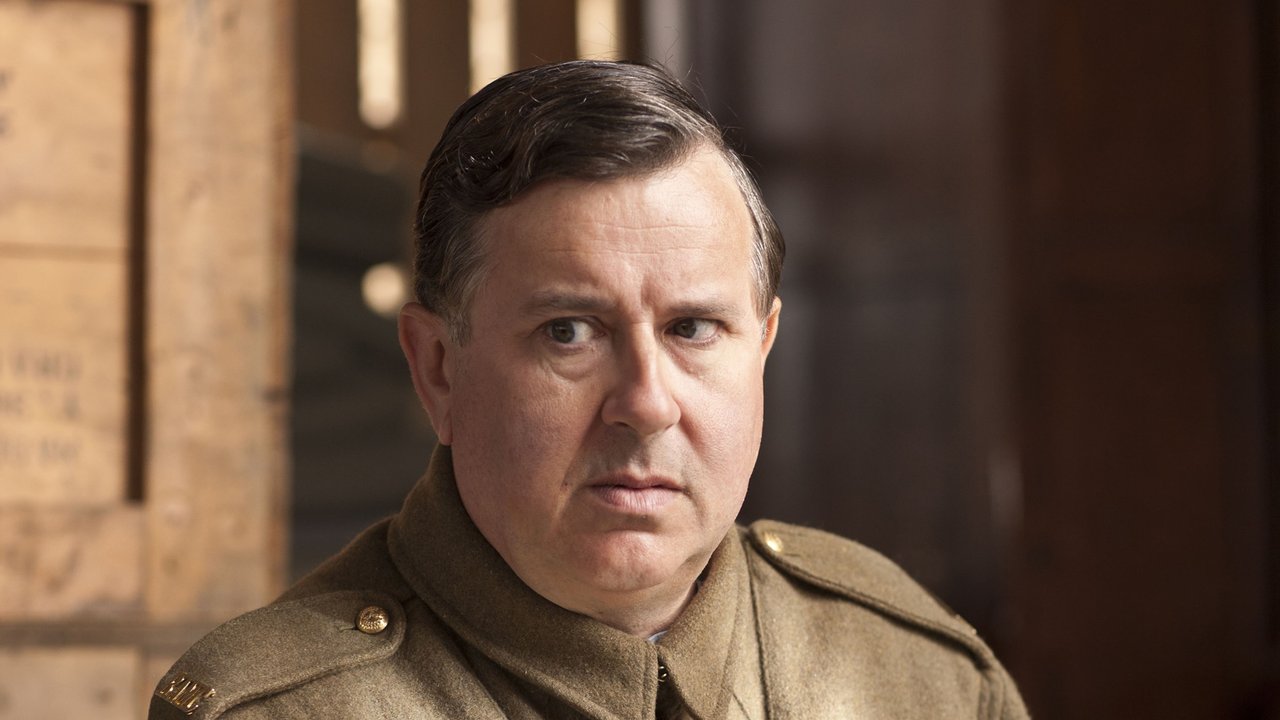 Kitty Trevelyan, Voluntary Aid Detachment  (Played by Oona Chaplin)
Kitty comes to France to start afresh, but will her past come back to haunt her?

Beautiful, headstrong and opinionated, Kitty is only too ready to challenge the strict rules the moment she steps foot on the hospital grounds. She will lock horns with other members of the staff, but she will also catch the eye of the hospital’s two dashing surgeons — best friends Thomas and Miles.

Can she move forward with her new life and find the happiness she so desperately craves?

Sister Joan Livesey  (Played by Suranne Jones)
Joan is a disarming and spirited nurse, but she conceals a dark secret.

Joan is a modern woman, not tied by the strict military traditions that govern others at the hospital. She focuses on caring for her patients, and protocols don’t interest her. The frontline might seem just the right place for such modernity to break through, but Joan’s views will cause friction.

Ultimately Joan is here to stand and be counted, but she’s also keen to court a certain invisibility … particularly as her private life clutches a terrible secret.

Matron Grace Carter  (Played by Hermione Norris)
As the newly appointed Matron of the hospital, Grace’s promotion is not necessary welcomed by all the staff. She is determined to prove her worth, and while she may seem petty and pointlessly exacting, the reason for her obsession with the rules, both personally and professionally, will become clear.

As a military nurse, Grace has had to forgo any possibility of marriage or a family life, but is she completely reconciled to this sacrifice? She has a professional alliance based on mutual respect with Roland to fall back on, but will Grace be able to maintain the control she’s recently been gifted?

Rosalie Berwick, VAD  (Played by Marianne Oldham)
Rosalie actively embraces and follows the rules without question, but the world is changing and it’s not always possible to conform.

The opportunity to work in France proved to be Rosalie’s escape from the burden of being unmarried. When it comes to more domestic tasks, she is in her element, but her closeted years back at home have left her socially insecure. She may appear to be the perfect volunteer, but when faced with the endless new experiences of life at the front, Rosalie will sometimes break. She’s been raised in the old ways; can she embrace the new?

Flora Marshall, VAD  (Played by Alice St. Clair)
Flora is somewhat naïve to the world, but as the youngest member of the staff she is determined to prove her worth.

Others are quick to dismiss her as flighty and immature, yet there is a steely resolve within her. She will work hard to earn the respect of those around her, particularly Peter. Even when facing adversity and the travesties of war, Flora gives all of herself to the job, using every ounce of love at her disposal. Flora is the youngest (perhaps too young), but she’s a favorite on the wards and she will fight a daily battle to prove that she deserves her place in the hospital.

Captain Thomas Gillan  (Played by Richard Rankin)
A working class boy, Thomas has had to fight every step of the way to become an exceptional surgeon.He’s a boundary pusher and a risk-taker, in fact, he might sometimes be too cavalier when seeking the next clinical breakthrough.

His best friend, Miles, protects him when he becomes too hot-headed. Their friendship helps make the war bearable for them both.

Thomas is shaken to the core the moment he meets Kitty. Romances are strictly forbidden at the hospital, so Thomas is conflicted. His vocation means everything to him, but will he risk it all for her?

Captain Miles Hesketh-Thorne  (Played by Alex Wyndham)
Miles is a deep hearted and caring surgeon, but when he puts down the knife he’s quickly off in search of a good time.

Born into privilege, Miles was always expected to follow the family's medical profession trade, but he’s not interested. Miles is a capable surgeon, but more than that, he’s a brilliant doctor — his geniality endears him to staff and patients alike. If only he could take things a little more seriously.

Mile's roving eye quickly falls on Kitty; she’s a challenge and it attracts Miles like a moth to a flame. But will he get end up getting burned?

Sister Margaret Quayle  (Played by Kerry Fox)
Margaret is an experienced, highly capable Sister, but she’s sacrificed a great deal for her career, and is still waiting for the recognition she feels she deserves.

As a veteran of the Boer War with years of nursing experience, Sister Quayle expected to be promoted to Matron. What she didn’t expect was to be usurped by a younger nurse, least of all, Grace Carter, her former protégé.

Quayle may seem incredibly proud, but underneath is a deep pain. She has admiration for Grace, but is she genuinely happy for her success or will she venture down a darker path to get what she wants?

Lieutenant-Colonel Roland Brett  (Played by Kevin Doyle)
Roland is the fiercely loyal and morally-centered head of the hospital.

Roland is a firm yet fair leader, but he’s constantly amazed by the insanity and impracticality of the orders from the top brass. Roland endeavors to run the hospital his own way without causing more friction with the powers that be than completely necessary. But if it comes to a matter of principle, he’s more than happy to stick his head above the parapet. And thankfully, he has Grace as an ally to protect him when the vultures claw at the door.

Corporal Peter Foley  (Played by Jack Gordon)
Peter is a practical and seasoned risk-taker, yet it will take someone special to break down his impenetrable walls.

On the face of things, Peter is cheeky and approachable, but this is a cleverly constructed mask. In his world, if you show emotion you’re done for. It’s Flora who has the biggest impact on him. He doesn’t set out to befriend her; in fact, he’s actively disparaging, but eventually Flora’s enthusiasm will wear him down. The pair come to rely on one another, particularly when their friendship is tested.

Sergeant Reggie Soper  (Played by Jeremy Swift)
Reggie is the tyrant of the supply tent and addicted to the power it gives him.

He is a man you’d be best making a friend rather than an enemy. He’s wheedled into the dark corners of the war and uses the black market to cement his earnings and position. Anything confiscated goes to Reggie and he, in turn, will make it disappear. His machinations are well known within the hospital, but going up against Reggie only causes problems in the future.

When Reggie takes against Joan, he will endeavor to use her secret to gain the most out of the futile war. 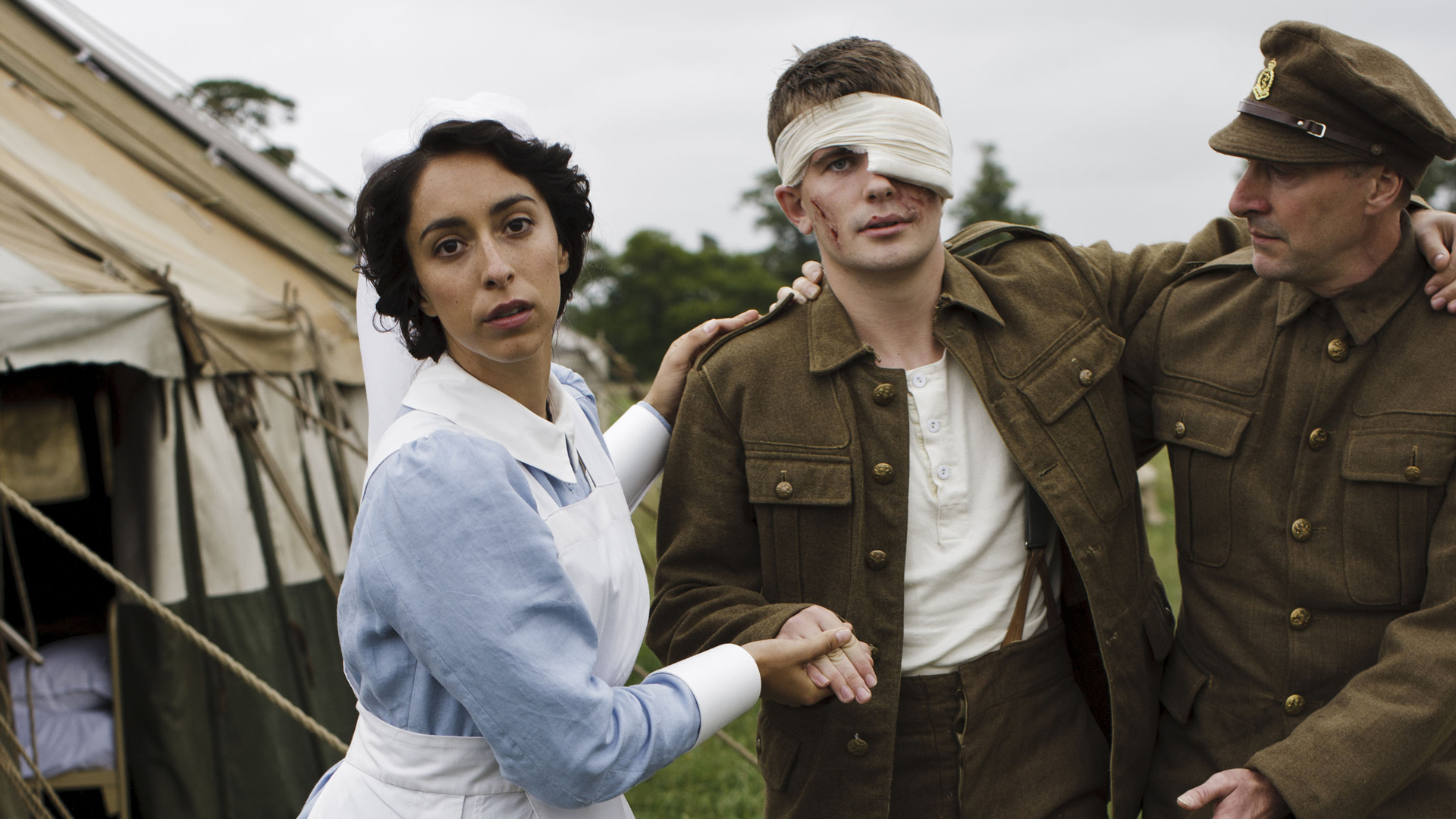 Read about the program, and flip through photos from the upcoming episode.