A Special Note on Eric Idle's The Entire Universe 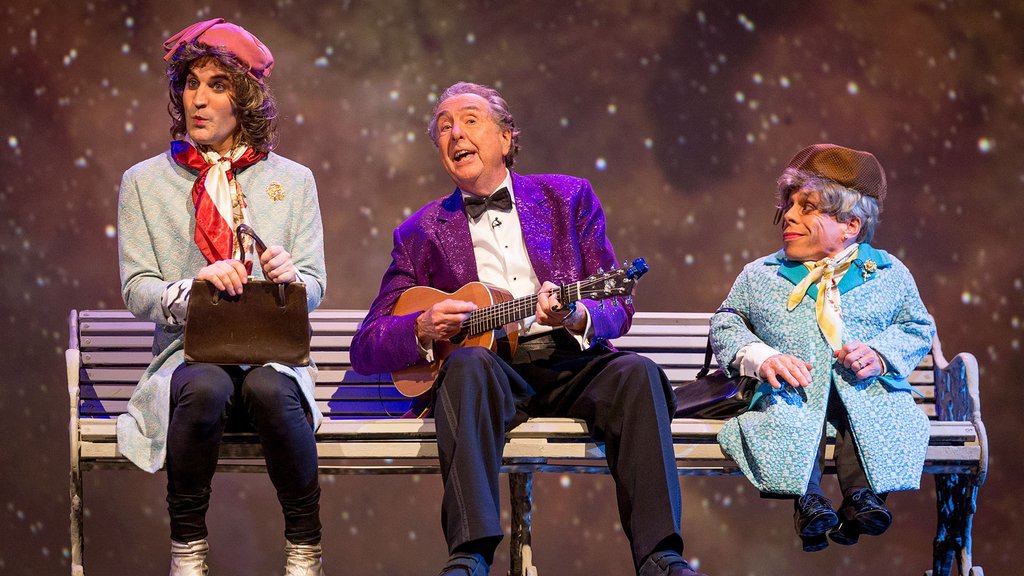 And Now for Something Completely Different.

When I was born, Hitler was trying to kill me. Now my name is on Mars. Go figure.

It is though. It really is. To be specific, it is on the Martian rover Curiosity, which has so far failed to kill Schrodinger’s Cat. I happened to visit JPL while they were building it and voila — two years later we watched in awe as our names landed on Mars. I’m hoping to be amongst the first comedians on the Elon Musk one-way trip. He is a "Python" fan so I have a chance. Plus it’ll get me out of the house.

I’m a bit of a apace nut as you’ll see and it is a scientific fact that each of the members of "Monty Python" have asteroids named after them, which means that once a year Asteroid Eric Idle reaches its closest proximity to earth. Apogee? I think that’s right, not perigee. Or kedgeree. Which is the closest it gets to Scotland.

This year I’d like to think that my steroidal apogee will be on Dec. 22, because that’s the day PBS is broadcasting "Eric Idle's The Entire Universe." Did you get that? Yes, but did you write it down? I thought not. It’s bloody difficult getting people’s attention at this time of year. All the big stars are out promoting their Award-seeking Movies. This year the main contender seems to be Queen Victoria cuddling another servant. Although to be fair, as we have learned from Downsize Abbey, that is the whole point of the lower classes…

So I particularly want you to pay attention when I repeat "Eric Idle's The Entire Universe." will be on PBS on Dec. 22. This will be the very first time the universe stars in a musical, so far as we know. Written by myself and John Du Prez (who created "Spamalot"), it combines science, silliness, and singing and dancing, with a chorus line choreographed by Arlene Phillips. It stars Professor Brian Cox, who was memorably run over by Stephen Hawking in the "Python" final reunion show at London’s O2 arena in 2014. Here you see him demonstrating the multiverse in a fetching off-the-shoulder red dress. The super positional theory suggests that if the multiverse is both real and infinite, then in one universe, that’s what he’ll be wearing… 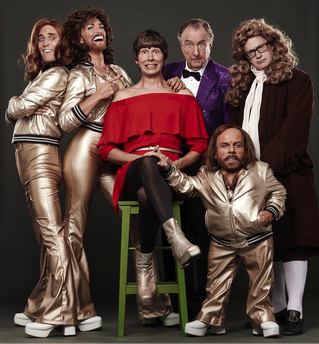 You can see he’s no ordinary professor by the fact he allowed me to dress him up like that! Oh and the professor doesn’t know he’s in a musical. He thinks he’s giving a lecture. That’s the plot. Yes, it has a plot…

The cast stars Warwick Davis (Professor Flitwick from "Harry Potter," and an Ewok, I think, in "Star Wars") who plays a Bee Gee, the ubiquitous Schrödinger’s Cat, Pluto that is not a planet anymore, and The Big Bang.

It’s that kind of show. Hannah Waddingham ("Game of Thrones") plays Time. She is of course late… Noel Fielding ("The Mighty Boosh" and "The Great British Bake Off") plays Einstein and The Higgs Boson, and Robin Ince plays Isaac Newton. A real Apple mac falls on his head. As I said it’s that kind of show. The reviews, which were amazing (honest), said it was unlike anything else. They meant that in a good way. Honest. It got the best reviews of my life, which is why I am so desperately trying to attract your attention to watching it on PBS. Particularly on PBS for without PBS, "Monty Python’s Flying Circus"would still never have been seen in America. It made its unlikely first arrival on your TV screens on Channel 13 in Dallas of all places, in October 1974. Ron Devillier, the program director, was offered a really cheap show by a BBC salesman who said to him: “You won’t like it.”

Ron didn’t. He loved it. He watched all of the episodes one weekend and immediately put it on the air. He also persuaded New York, Chicago, Pittsburgh, Miami and Washington D.C. to take the show on a trial basis. It proved to be a huge ratings success. By the summer of 1975 it was airing on 113 PBS stations. It would remain only on PBS for more than twenty years, so millions of young Americans discovered the shows, broadcast as we intended, without commercial breaks. The laugh was on us. We were convinced it wouldn’t work in America. So thank you PBS. Without you we wouldn’t be where we are today. Wherever we are.

How will the Universe end? With a bang? With a whimper? With a nice cup of tea?

Or will it be the Big Rip, where all matter is torn apart because thanks to Dark Matter the Universe is expanding too fast for Gravity to hold it together?

The answer is it ends with The Galaxy Song, sung by Stephen Hawking.

I’m not feeling too good myself.

Eric Idle is a former legend in his own lunchtime. His "Entire Universe" will air, as he is never tired of pointing out, on PBS on Dec. 22 (check local listings).

Learn more about the show.

Explore the history of the entire universe with Professor Brian Cox