The Jewel in the Crown aired January 2015.

Series Preview
Watch the dramatic series about men and women in India facing violent change from 1939-45.

Adapted for television in 1984 from the four novels by Paul Scott, "The Raj Quartet," this stunning series is set in northern India in the last uneasy years of British rule, when rioting and violence heralded the granting of independence.

It is the story of the men and women of both ruling and ruled classes trying, amidst the turmoil, to come to terms with the drastic changes taking place around them. Their lives will never be the same again.

The program has won 23 major awards including a Primetime Emmy in the USA and five awards (including Best Drama Serial) from the British academy of Film and Television Arts.

Scenes from the Series 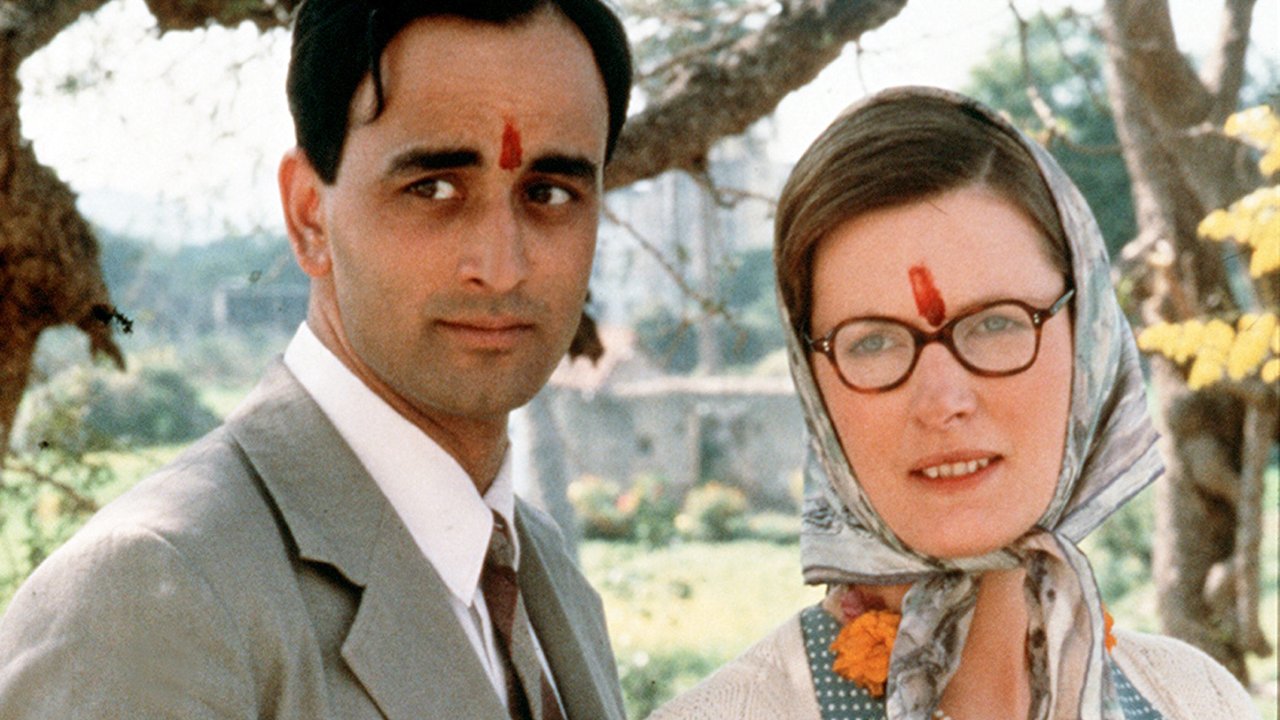 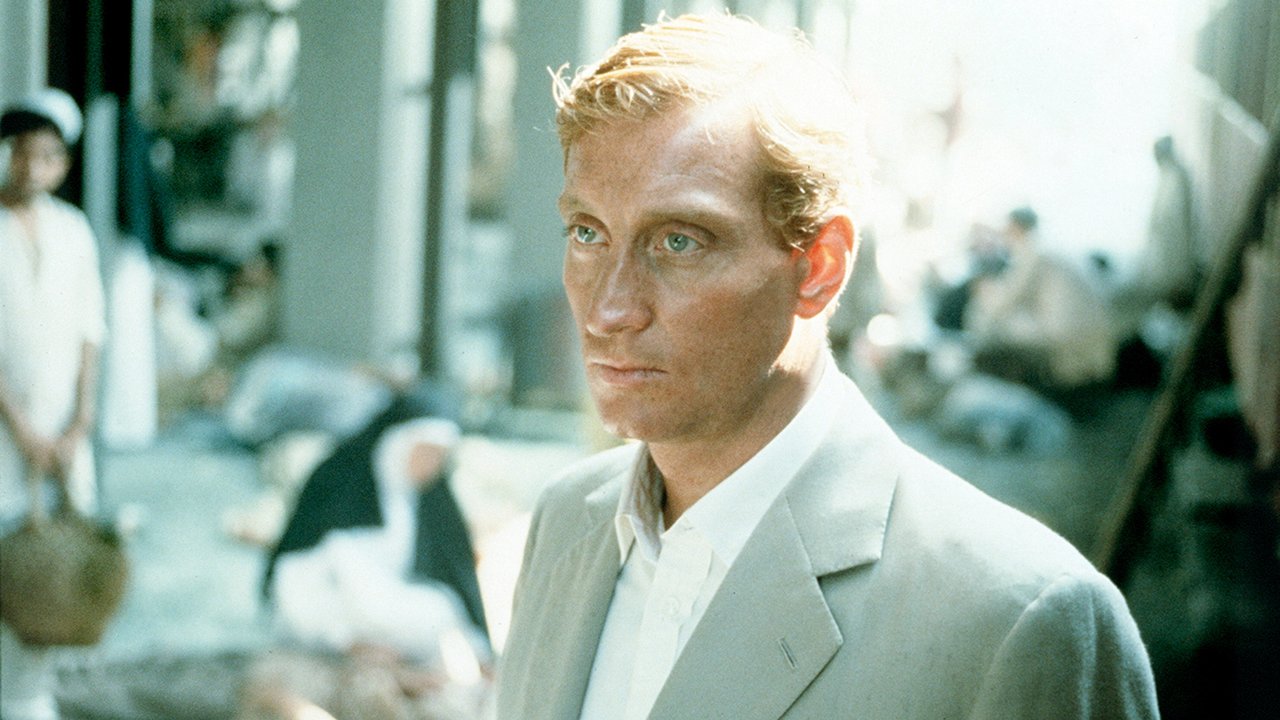 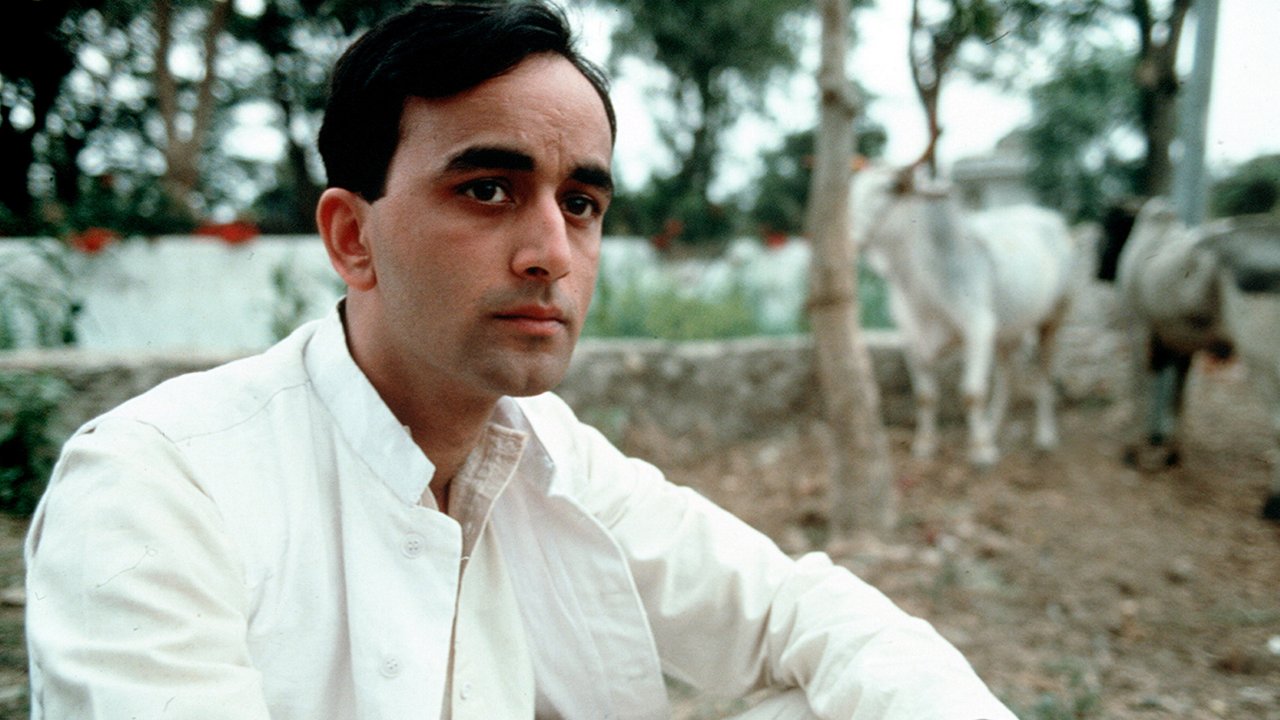 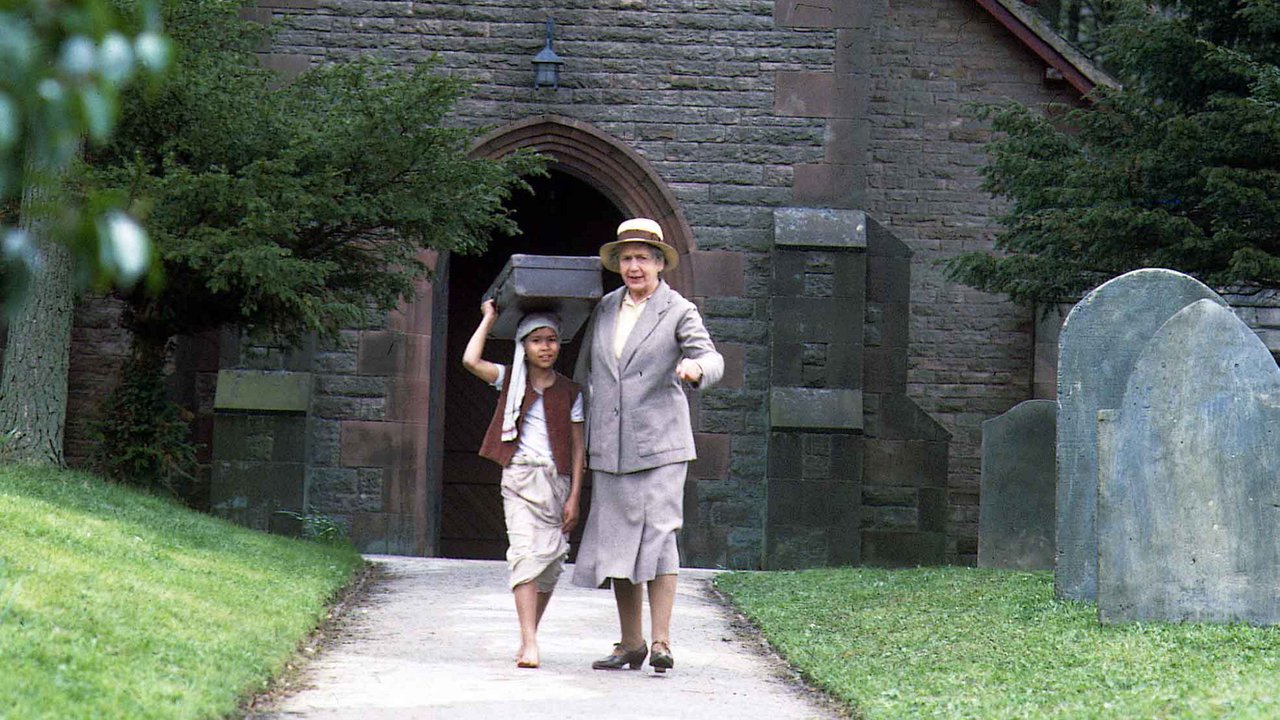 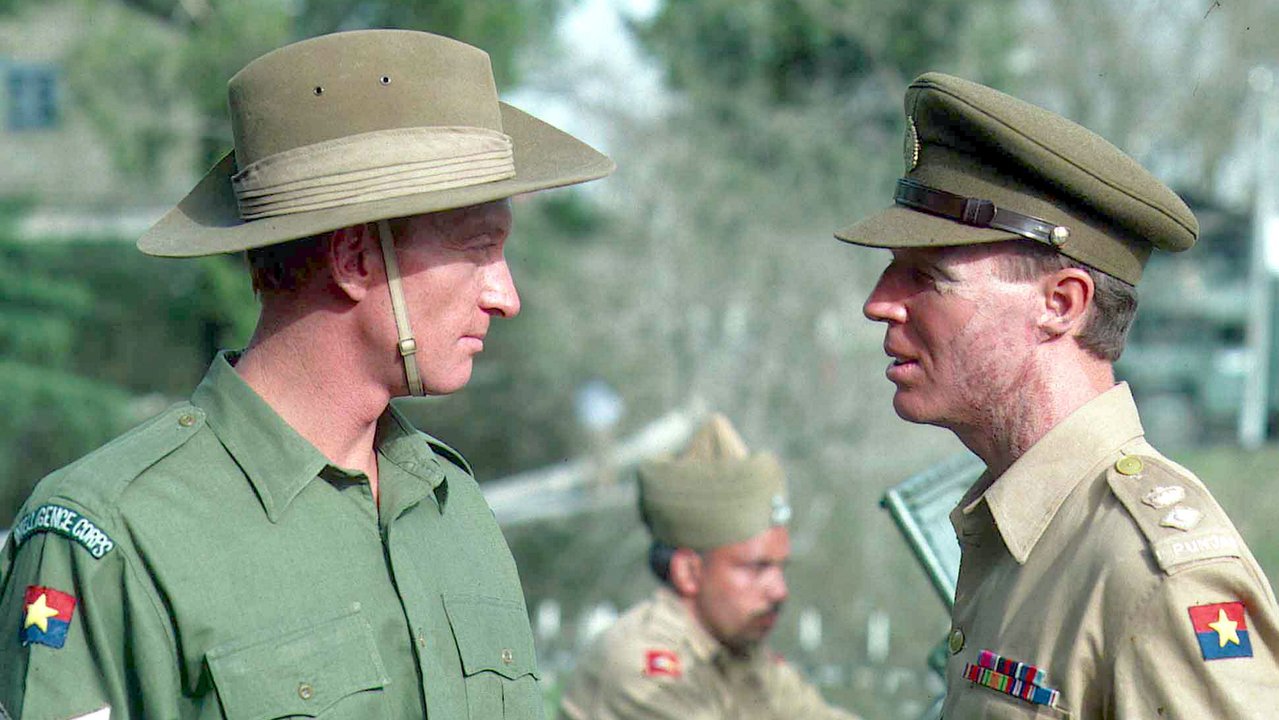 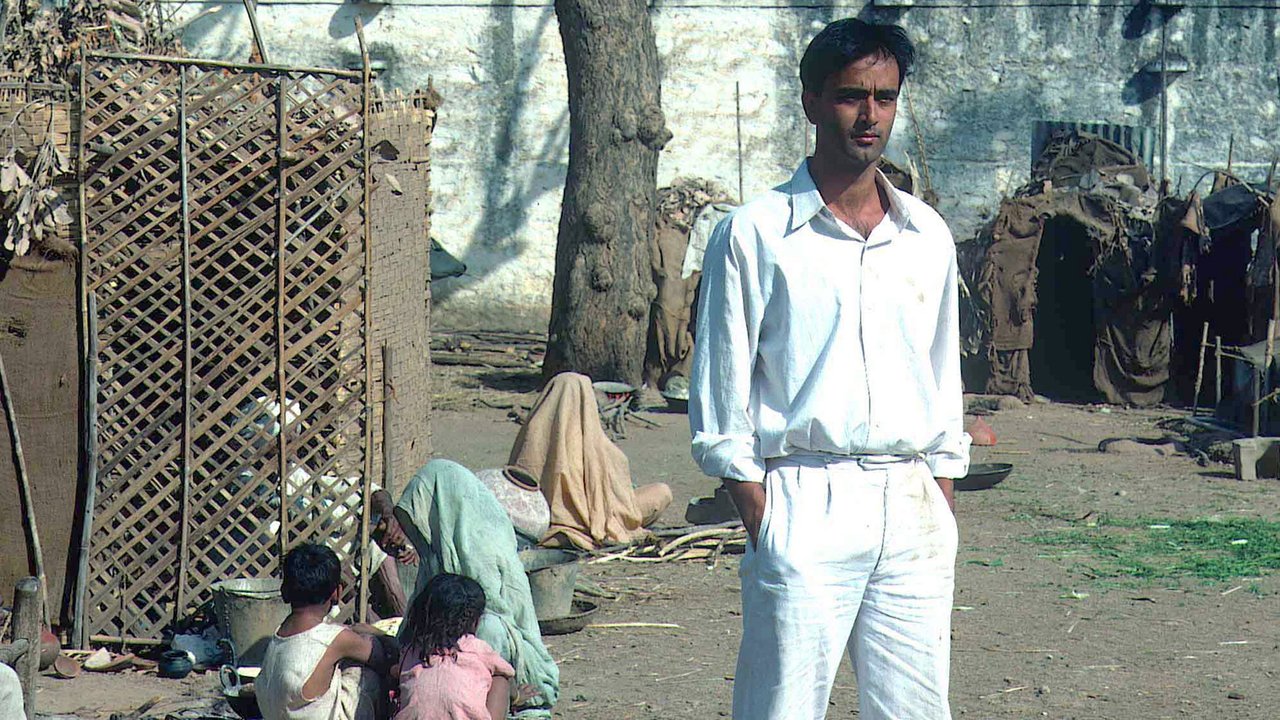 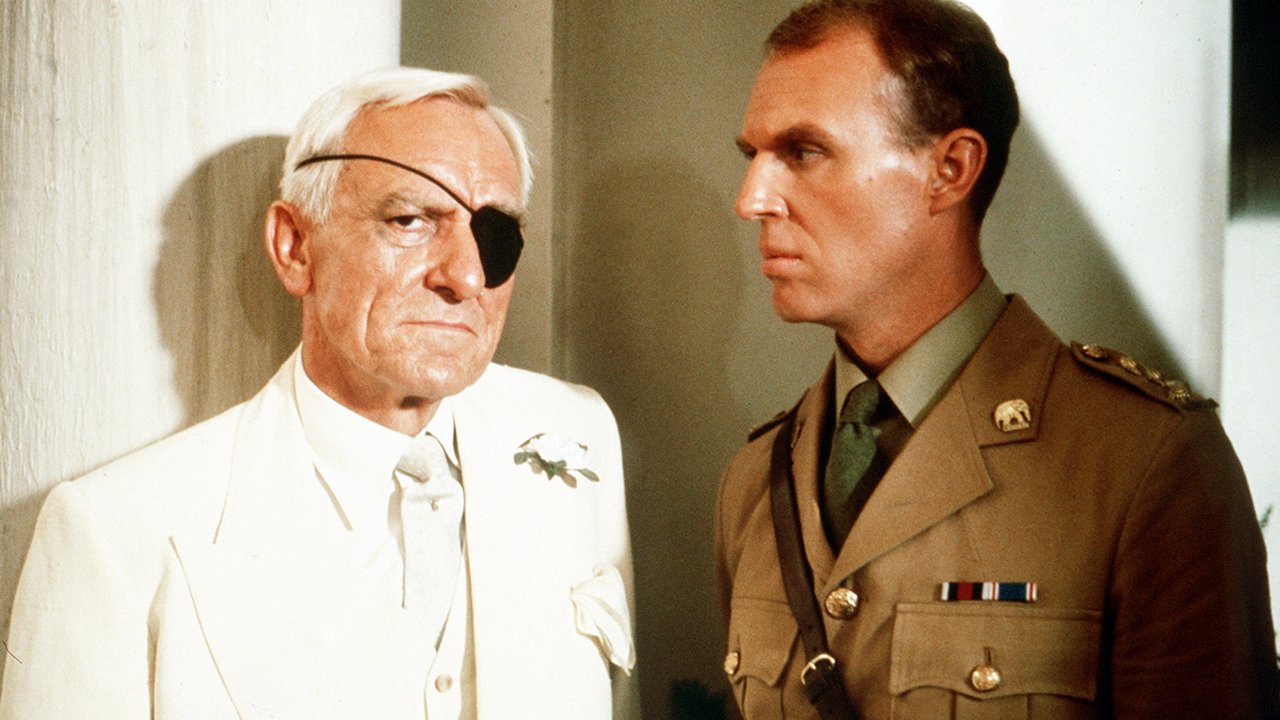 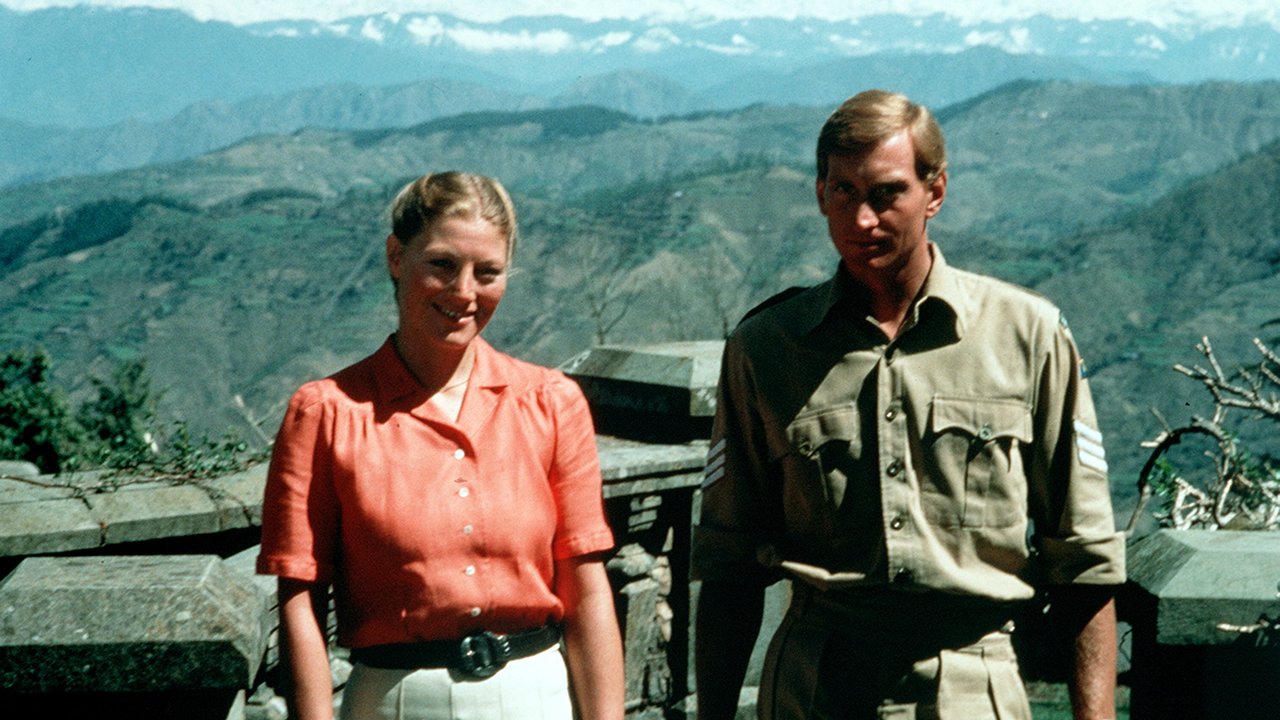 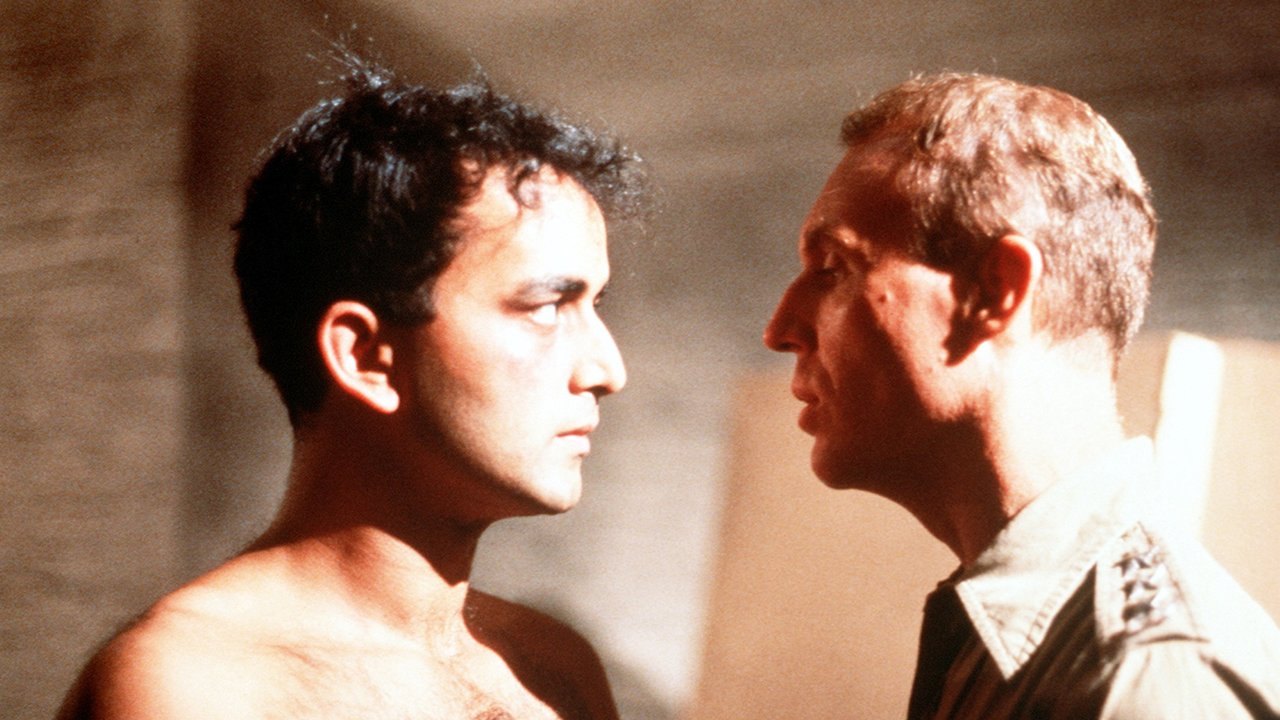 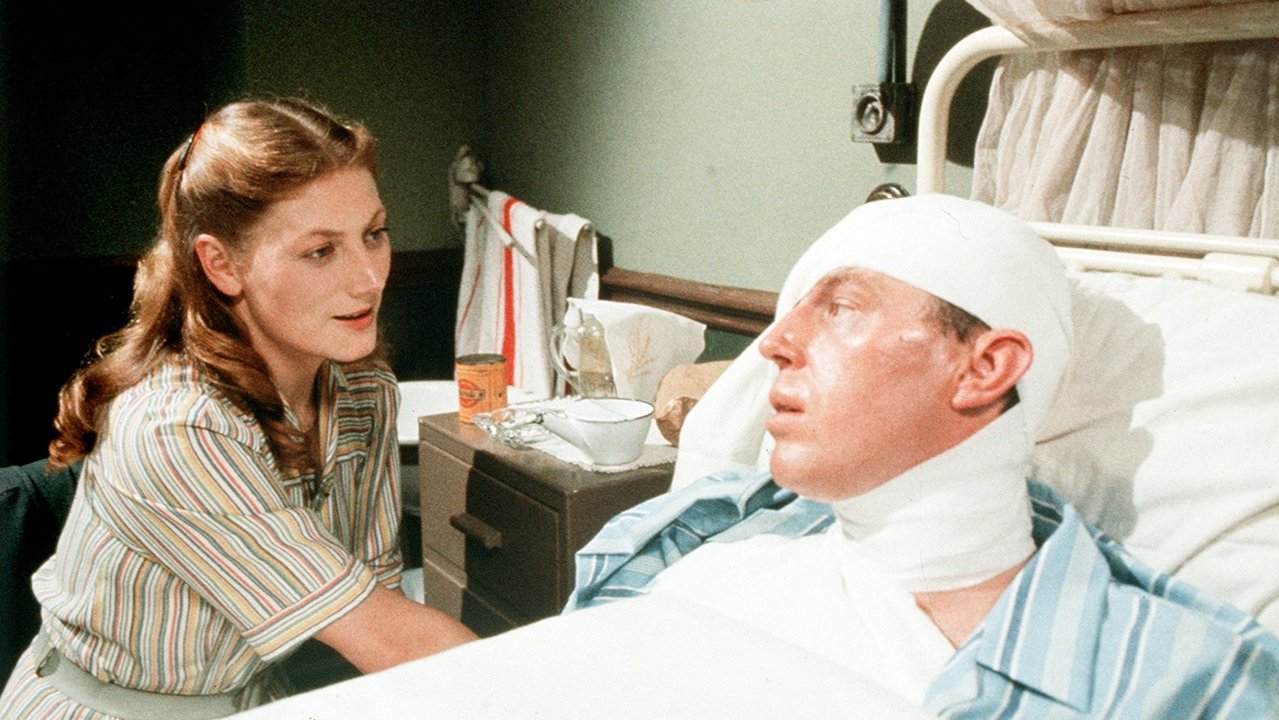 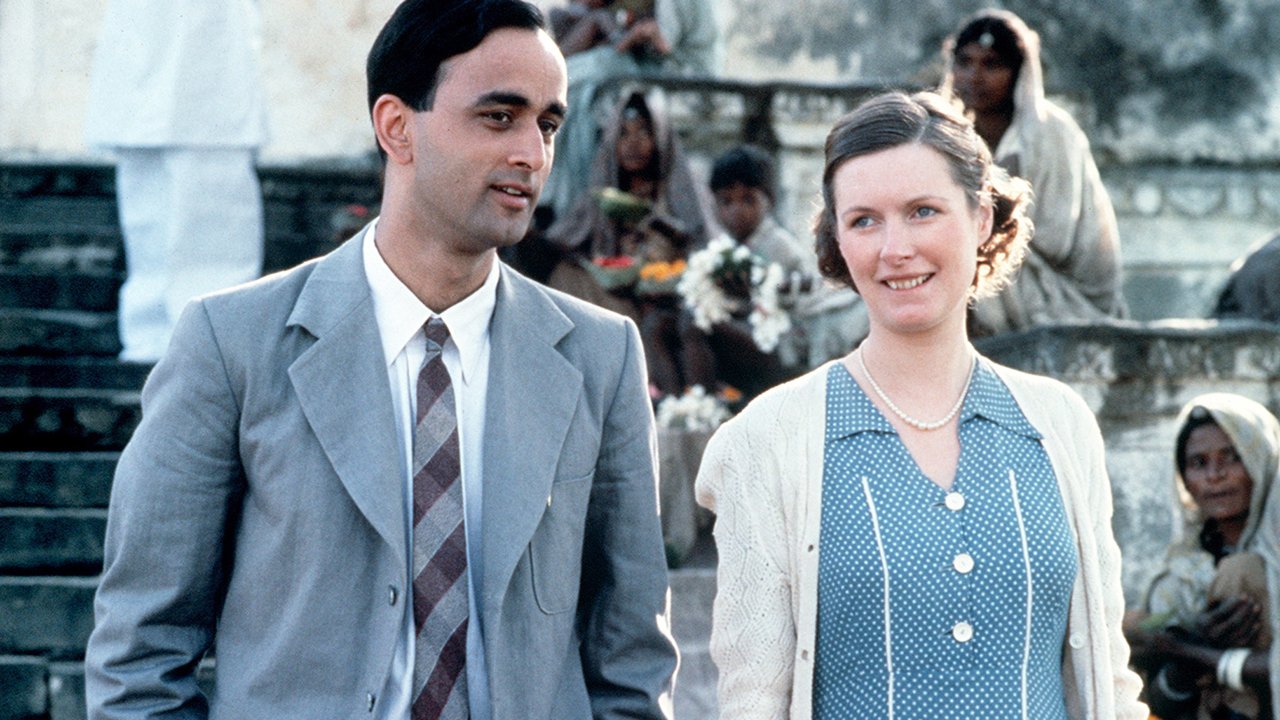 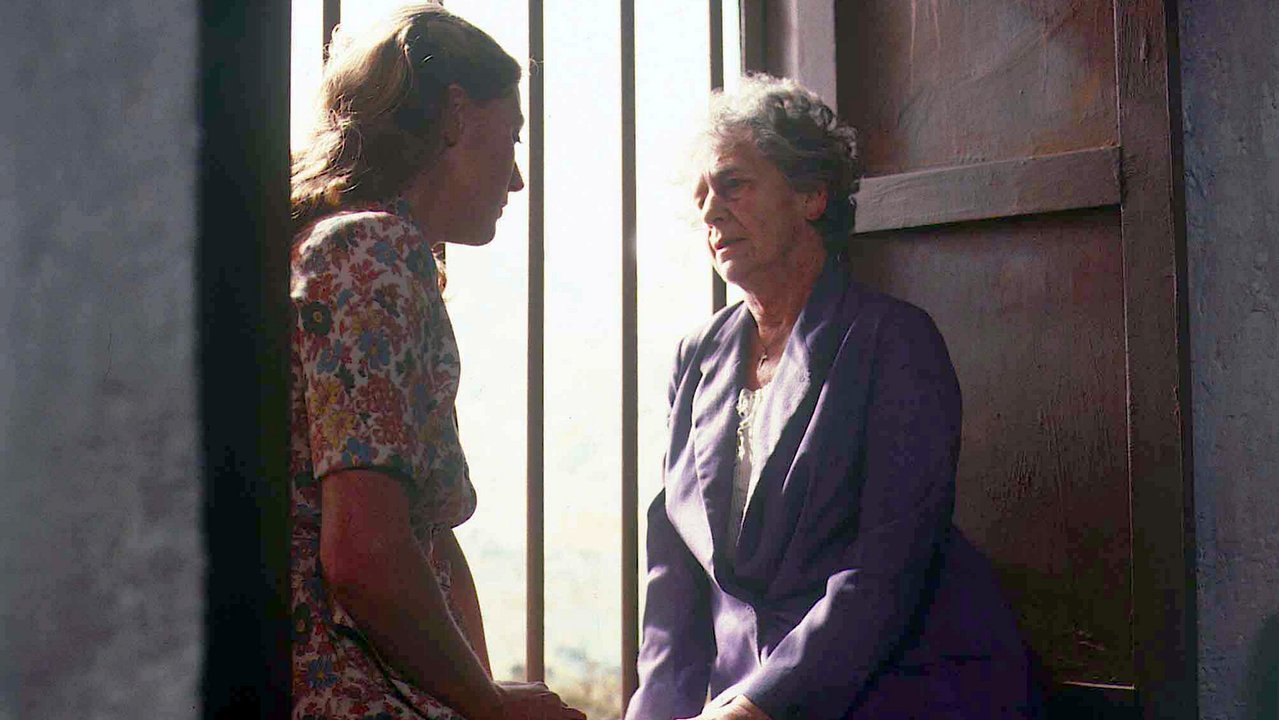 Episode 1: Crossing the River
The story begins in 1942. The Japanese are threatening to invade, and Gandhi is calling on the British to quit India. In Mayapore, Hari Kumar comes under suspicion of subversion by Merrick, the District Superintendent of Police. This turns to hatred when Hari begins a relationship with Daphne Manners, the object of Merrick's affections. It is the start of a chain of events binding English and Indians in a web of love, tragedy and death.

Episode 2: The Bibighar Gardens
August 1942. In Mayapore, Daphne and Hari draw closer together despite warnings from Ronald Merrick. Daphne and Hari quarrel and the divide between them is seemingly unbridgeable. On a night of rioting and protest Daphne has not returned home. Merrick searches for her with more than official zeal. Daphne finds herself drawn toward the Bibighar Gardens and its ghosts.

Episode 3: Questions of Loyalty
Hari, still keeping his promise of silence, remains in prison. Daphne has been prevented from seeing him. Regardless of the scandal and the risks, Daphne is determined to give birth to the child she believes is Hari's. On the lakes of Kashmir, the sound of a baby crying arouses the curiosity of Sarah Layton — a daughter of the regiment. And in the princely state of Mirat, Teddy Bingham is asked by an ex-policeman to keep a secret.

Episode 4: Incidents at a Wedding
The hasty arrangements for Susan and Teddy's wedding are threatened, but Ronald Merrick provides a solution. The Layton family gathers in Mirat as guests of its ruler, the Nawab, who may even attend the wedding. However, the happy occasion is overshadowed by unexplained incidents.

Episode 5: The Regimental Silver
Susan and Teddy's wedding day is a happy one, except for the strange attack on the car taking Ronald Merrick and Teddy to the church. Merrick apologises to Sarah and explains the connections between Mirat and Mayapore where Daphne was attacked. What happened on the night of the Bibighar haunts Lady Manners, too.

Episode 6: Ordeal by Fire
In Pankot, Sarah has to break the news of Teddy's death to Susan. Later they learn together of a brave attempt to save his life. Sarah embarks on a journey to bring comfort to a wounded man and comes face to face with the war and its pain in Calcutta.

Episode 7: Daughters of the Regiment
While visiting the wounded Ronald Merrick in Calcutta, Sarah meets Jimmy Clark who later challenges many of the values by which she lives. In Pankot, another daughter of the regiment confesses her own act of rebellion long ago.

Episode 8: The Day of the Scorpion
Sarah returns from Calcutta to find that Barbie is moving out of Rose Cottage, and Susan is very tense with her new baby. Susan puts the baby in a ring of fire from which he is saved by his nurse. Captain Merrick returns to Pankot.

Episode 9: The Towers of Silence
Susan's baby has been rescued from the ring of fire that nearly engulfed him, but how did that awful moment leave Susan? Barbie embarks on a generous mission but is turned back by an appalling discovery. Meanwhile, the Laytons have moved into Rose Cottage, but the shadow of events in Calcutta darkens this homecoming.

Episode 10: An Evening at the Maharanee's
1945. Colonel Layton has been released from prison camp. Sarah visits Barbie in hospital then goes to Bombay to welcome him home. Also in Bombay, Sergeant Guy Perron of Military Intelligence is quickly drawn into a web of intrigue by Major Ronald Merrick. At a strange party, Guy widens his circle of friends with far reaching consequences.

Episode 11: The Traveling Companions
August 1945. Barbie lies in hospital in Rampur. Sarah meets Guy in Bombay, after which she and her father travel to Pankot. Other travellers make the journey north with them — two old school fellows and a recently promoted Lt. Colonel. A number of questions need to be answered.

Episode 12: The Moghul Room
Merrick, having blackmailed an orderly to gain access to Susan's records, is recalled to Delhi at the end of the war. Guy and Sarah find that their friendship with Hari is drawing them together.

Episode 13: Pandora's Box
August 1947. Guy Perron returns to India on the eve of independence to observe the last days of British rule. He discovers that Merrick had married Susan but was subsequently killed in a riding accident. Guy questions Nigel about Merrick and discovers he was murdered.

Episode 14: The Division of the Spoils
Guy discovers the horrific details of Merricks death. He travels to Ranpur for the independence celebrations, but the train is besieged and Ahmed Kasim and other Muslims are killed.

The Jewel in the Crown was produced by ITV and is presented by PBS Distribution.

| The Jewel in the Crown
Choose Station