A never-before-seen look at volcanoes and their effect on the environment.

Video from Life on Fire
/ videos

Each episode of Life on Fire paints survival stories around different volcanoes. From the dark abyss to pristine snow-capped peaks, spectacular scenery provides the backdrop for the extraordinary animals and plants that have learned to juggle with fire. Each time a volcano erupts, animals have a choice: face the consequences or flee. And because these animals are adapted to living with fire, often they run straight into another volcano and another explosion — out of the frying pan into the fire. Fragile and engaging, these creatures teach us lessons in survival in a world as fascinating as it is dangerous.

Like humans, volcanoes have a natural life cycle: they are born, live for a period then die. Surrounding these giants of fire and ash, natural selection has only retained those capable of adapting to the three phases of an eruption: before, during and after. To give a comprehensive vision of these phenomena, the series shows a number of different volcanoes. 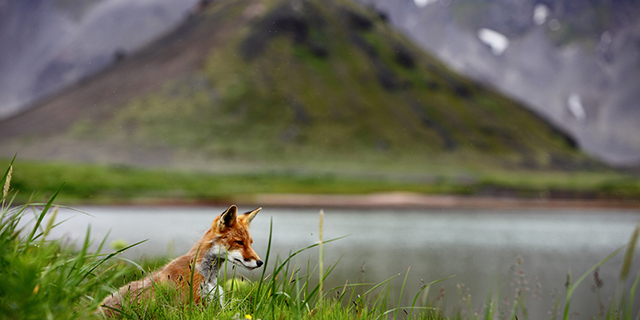 Each film is shot in a specific environment: Tropical island volcanoes in Ash Runners, marine and deep abyss volcanoes in Pioneers of the Deep, high latitude volcanoes in The Surprise Salmon and high altitude tropical volcanoes in Phoenix Temple.

Volcanoes remind us that we are part of nature: we can’t defy their destructive forces. Even we have to face their wrath or flee. But at least scientists can help us anticipate an eruption.

Volcano Doctors portrays the current technological revolution driven by the extensive use of telemetry to monitor volcanoes. It reveals the conflict between the scientists risking their lives to understand and predict the next eruption set against the pragmatism of people who live and work in the shadow of moody volcanoes.

By covering ten different eruptions between 2008 and 2010, the film might give the viewer the impression that we are winning the battle. But Icelandic Volcanoes, Who is Next? reveals that Eyjafjallajökull — though it caused havoc — was in geological history a relatively minor eruption and that several other volcanoes with the potential to create far greater catastrophe are simply biding their time.

Working closely with respected researchers and volcanologists, the production company was granted immediate access to the latest information on eruptions across the world, allowing unprecedented coverage of some of the most spectacular and powerful forces on the planet.

Using the latest cutting-edge technology including ultra-high speed HD cameras and a gyro-stabilised mount fixed to a helicopter, images are brought to life, using an impressive zoom that allows viewers to get 85 times closer to any object, without pixilation. From the volcanic island of New Britain through to Alaska, viewers are guaranteed dramatic and compelling narratives to this extraordinary look at some of the most powerful forces on our planet.

Life on Fire was directed by Bertrand Loyer, Jacques Bedel and François de Riberolles and produced by Saint Thomas Productions.

Life on Fire: Wildlife on the Volcano's Edge