Video from #MeToo, Now What?
/ videos

The #MeToo movement shattered the silence and pushed sexual harassment and the lived experiences of so many women to the forefront of the national conversation.  Now it’s time to take that conversation to a deeper level engaging women and men from all generations and walks of life. #METOO, NOW WHAT? asks: How did we get here and how can we begin to effect positive and lasting change?

Beyond the sensational headlines, #METOO, NOW WHAT? will examine many of the factors that enabled sexual harassment to endure in the workplace despite the laws that prevented it. We’ll take a look at how popular culture, pay inequity and gender discrimination, and the intersecting issues of race and class affect the way society views women. We’ll also explore how men can be engaged in this discussion, how some men are rethinking masculinity, and, ultimately, how we might begin to chart a path forward.

We invite Americans from all walks of life to participate in this critical conversation using the hashtag #MeTooOnPBS. On the show, we’ll be talking to activists, journalists, celebrities, chefs and leaders from the worlds of media, academia, business, advertising, gaming and the service industries. Online, we hope to hear from you, too. Host Zainab Salbi says, “We need to have this conversation out of awareness and compassion and not anger if we want to create lasting cultural change.”

The reckoning has begun. Women have broken their silence and the world is finally listening. The powerful have fallen - more than 100 high-powered men stand accused. To have this moment be a transformative movement in American history, we start our conversation by examining the pain behind the anger, why it took so long for women to speak out, and the price women paid when they “Leaned In” and spoke up.

Host Zainab Salbi and guests Angela Rye, CNN commentator and NPR political analyst; Ijeoma Oluo, editor-at-large for The Establishment; and Nadine Strossen, the first woman to ever lead the ACLU, discuss the topics people are afraid to address publicly, such as the commodification of women and sex, how we ignored the voices of women of color, the “provocative dress” recrimination, whether this is a moment of nuance or zero tolerance, and even the impact of #MeToo on our dating lives. If abuse of power led to abuse of women, how can women use their power to create change?

Episode 2: The Accuser and the Accused

Episode 2 features an exclusive interview with Caroline, who many years ago was groped by influential film critic Devin Faraci. We explore how each experienced the assault and came to grips with it afterwards.

After years of pain, Caroline spoke up, and Devin lost his job after a social media uproar about his behavior. Today, they speak with vulnerability and authenticity detailing their separate journeys confronting the assault and its consequences.

In speaking our truth and attempting reconciliation, can we start down the path of healing? Though each person has her or his own personal journey, Episode 2 explores the story of two people searching for healing in their own lives.

President Trump is not the only man who says the #MeToo movement has gone too far. Progressive and conservative men have come out in the last month saying it has gone too far. Some call it a “witch hunt,” some say this is becoming “McCarthyism,” and some are dismissing it entirely. But is this men defending the status quo and attempting to silence women again?

In this show, we talk to men who have a different take on the #MeToo movement. They are calling for men to step up in this moment to reflect on their behavior, on the meaning of masculinity and manhood, and to reexamine the messaging men received growing up that needs to change. It is a conversation with men about men as they analyze, assess and discuss various behaviors of men and how men need to engage and speak out in the #MeToo movement. Dr. Michael Kimmel is a sociologist and an expert on masculinity. Mychal Denzel Smith is the author of "Invisible Man, Got the Whole World Watching" and a columnist for The Nation magazine. And John Fugelsang is an actor, broadcaster and comedian.

Episode 4: The Culture of Complicity

If we are to examine the root cause of sexual harassments, we need to examine the culture of complicity and the price we have to pay if we want to create real change in the treatment of women. Madonna Badger is the chief creative officer at Badger and Winters advertising agency and founder of the #WomenNotObjects campaign. Byron Hurt is a documentary filmmaker and activist. Samhita Mukhopadhyay is the newly named executive editor of Teen Vogue and the co-editor of "Nasty Women: Feminism, Resistance and Revolution in Trump's America."

Episode 5: Is Patriarchy on Its Way Out?

To ensure the #MeToo movement leads to transformative change, we need to look at the structures that created this moment of women’s rage. Our panel this week exposes hidden cultural biases as they relate to patriarchy, equal pay, corporate culture, leadership, legal reforms, individual behavior and how they all intersect with race, class and gender.

Our guests are Saru Jayaraman, co-founder and president of ROC United; Joanne Lipman, former editor-in-chief of USA Today; and Tony Porter, CEO of Call to Action. 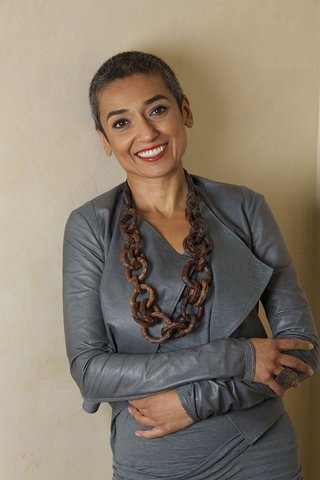 Zainab Salbi, host of #MeToo, Now What? one of the “25 Women Changing the World” in 2016, Foreign Policy named her as one of the “100 Leading Global Thinkers,” Fast Company identified her as one of 100 “The Most Creative People in Business,” and Arabian Business named her “#1 Most Influential Arab Woman In The World.”

At the age of 23, Salbi founded Women for Women International, a grassroots humanitarian and development organization dedicated to serving women survivors of wars by offering support, tools and access to life-changing skills to move from crisis and poverty to stability and economic self-sufficiency. Under her leadership as CEO (1993-2011), the organization grew from helping 30 women to more than 400,000 women in eight conflict areas. It also distributed more than $100 million in direct aid and micro credit loans that involved more than 1.7 million family members.

In October 2015, Salbi launched “The Nida’a Show,” a groundbreaking talk show dedicated to addressing and inspiring women in the Arab world. The show started with the historic first interview in the Arab world with Oprah Winfrey (Winfrey had featured Zainab 10 times on her own show) and featured women and men from all walks of life in addition to global and Arab celebrities. In November 2016, Salbi launched “The Zainab Salbi Project,” an original global series in collaboration with Huffington Post and AOL, in which she travels the world shedding light on global issues through the incredible personal stories of people who are struggling, surviving and thriving in a sea of conflict.

Salbi is the author of several books including the best-seller Between Two Worlds: Escape from Tyranny: Growing Up in the Shadow of Saddam.  She is currently the editor at large at Women in the World.

Funding for #METOO, NOW WHAT? is provided PBS. Produced by WOMEN IN THE WORLD MEDIA, LLC for PBS.
Co-produced by Public Square Media, Inc.

| #Me Too, Now What?
Choose Station