The Mystery of Agatha Christie with David Suchet

David Suchet, TV’s Poirot, has spent more of his life acting out the plots and dramas created by Agatha Christie than anyone else in the world. He is currently donning the spats and moustaches to portray the famous Belgian detective for the very last time. Though, in his own words, he knows Agatha’s most famous creation perhaps better than he knows himself, Suchet is embarking on a journey to learn more about the woman who created him and whose books remain outsold only by William Shakespeare and the Bible.

Suchet’s journey takes him all over the country and beyond, visiting the places Agatha lived, the landscapes that inspired her as well as meeting those people who knew the woman behind the fame and those inspired by her extraordinary legacy. 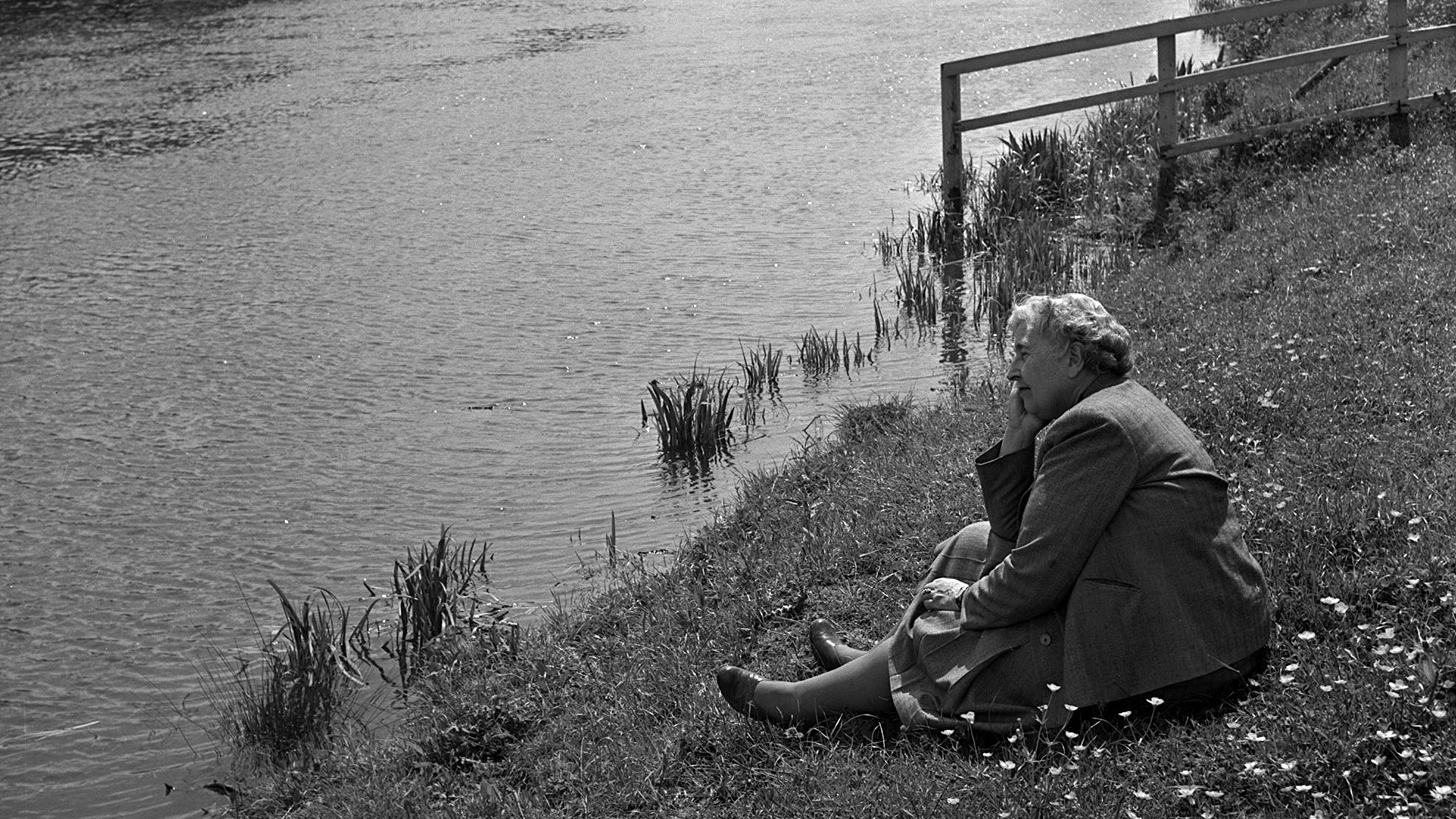 Agatha Christie sits gazing out across a river near her home in Wallingford.Getty Images
He learns how she rose from an idyllic childhood in Devon to become master of the sinister world of poisons and murder. From the pastoral ideal of the British country house to the exotic mysteries of the East, her vivid construction of character and place combine with the dramatic moral complexities of her books to captivate readers by the millions.

Though, as David learns, it is not just Christie’s novels that are shrouded in mystery; from a tempestuous love life plagued with heart break and betrayal to the bizarre disappearance in 1926 which convinced the nation she had succumbed to the same horrendous fate as the victims she penned – an event that could easily have been lifted straight from the pages of one of her novels.

Suchet explores the close links between Christie’s extraordinary life and her work and discovers just what it is about this woman from a small sea side town that allowed her to become the bestselling murder mystery writer in history.

The Mystery of Agatha Christie with David Suchet was produced by Testimony Films.

The Mystery of Agatha Christie with David Suchet

| The Mystery of Agatha Christie With David Suchet
Choose Station

The Mystery of Agatha Christie With David Suchet