The Mystery of Matter: Search for the Elements
premiered Wednesday, August 19, 2015.

About the Program | Bonus Videos About the Scientists

Learn More About the Scientists

Joseph Priestley (1733-1804)
Though best known today for his discovery of the gas oxygen, Joseph Priestley was a man of wide interests and boundless curiosity. Born in Yorkshire, about 200 miles north of London, he was raised outside England’s state religion and would eventually become one of the founders of the Unitarian Church. While holding a variety of jobs as a minister, teacher, lecturer and tutor, he wrote prolifically on subjects ranging from education and theology to politics and science. But it was Priestley’s idea for a book about electricity that led to his warm friendship with Benjamin Franklin — and inspired him to become a scientist in his own right.


Antoine Lavoisier (1743-1794)
At the age of 25, Antoine Lavoisier bought a share in a consortium that collected taxes for the king of France. His work as a tax administrator not only made him a wealthy man but also influenced his approach to science. Like a bookkeeper, he paid obsessive attention to the weights of his chemical ingredients before and after each reaction — an approach that became a model for all future chemists. Before and after work each day, Lavoisier spent hours in a private laboratory equipped with the finest instruments money could buy. One day a week he welcomed others into his lab to take part in his ambitious experiments, but his most important collaborator was his wife, Marie Anne, who brought her own extraordinary talents to their partnership.


Humphry Davy (1778-1829)
In 1798, at the age of 19, a self-taught British chemist named Humphry Davy got a job testing newly discovered gases to see if any of them could cure diseases. Fearlessly testing gases on himself, he found that one — nitrous oxide — made people laugh. This discovery brought Davy to the attention of the world, made “laughing gas” a party favorite — and led to a new job at the Royal Institution in London. There, Davy dazzled audiences with his popular lectures and turned the newly discovered battery into a powerful tool in the search for new elements. But with his attention diverted by electricity, elements and lecturing, Davy failed to follow up on one of his own observations, thereby condemning thousands around the world to decades of needless surgical pain.


Dmitri Mendeleev (1834-1907)
Born in remote Siberia, Dmitri Mendeleev endured a life of hardship before landing a coveted professorship at St. Petersburg University at the age of 33. Over one weekend in 1869, while struggling to organize the textbook he was writing, he created a chart that today hangs in every chemistry classroom in the world: the Periodic Table. Other European scientists had sensed a hidden order among the elements — one had even published a table similar to Mendeleev’s. But only this young Russian had the courage to predict the properties of three “missing” elements — soon found with just the properties Mendeleev predicted. Strangely, there was one new element Mendeleev could never accept: radium.


Marie Curie (1867-1934)
Unable to attend university in Poland, Maria Sklodowska moved to Paris, studied physics at the Sorbonne and, soon after graduation, met and married French physicist Pierre Curie. Determined to earn her PhD, Marie set out to study the mysterious rays given off by the element uranium. She soon discovered that the element thorium also gave off these rays, which Marie dubbed “radioactivity.” More surprising, she found that uranium ore contained two new radioactive elements: polonium, named for her native Poland, and radium. Radium’s wondrous ability to glow in the dark inspired a worldwide craze — a rush of radium-laced products that promised to cure everything from impotence to hair loss. What few people realized — and the Curies were reluctant to admit — was the great harm this magical element could do.


Harry Moseley (1887-1915)
Though he published only eight scientific papers in a career spanning just four years, British physicist Harry Moseley profoundly changed our understanding of matter. As a 25-year-old graduate student in Ernest Rutherford’s laboratory in Manchester, Moseley used newly discovered X-rays to redefine the Periodic Table, showing it was organized by atomic number — the number of protons in an atom’s nucleus — rather than by atomic weight, as chemists had long believed. Each element in the table has one more proton than the element before it. For this work he was nominated for the Nobel Prize, but when World War I broke out, Moseley enlisted and was killed by a sniper’s bullet. His shocking death forever changed the way Britain and other countries thought about the role of scientists in war.


Glenn Seaborg (1912-1999)
Glenn Seaborg was a 26-year-old chemistry instructor at the University of California Berkeley when he heard the news in January 1939: German scientists had split the uranium atom. With the world on the brink of war, thoughts immediately turned to harnessing nuclear fission to create an atomic bomb. Using Cal’s cyclotron to bombard uranium with neutrons, Seaborg created a new element — plutonium — that promised to be an even better fuel for a bomb. When the Japanese attack on Pearl Harbor plunged America into war, Seaborg joined the Manhattan Project at the University of Chicago, where he would play a key role in creating the plutonium for the bomb that leveled the city of Nagasaki. Only then could Seaborg publicly reveal his discovery of the element that had ended the war. 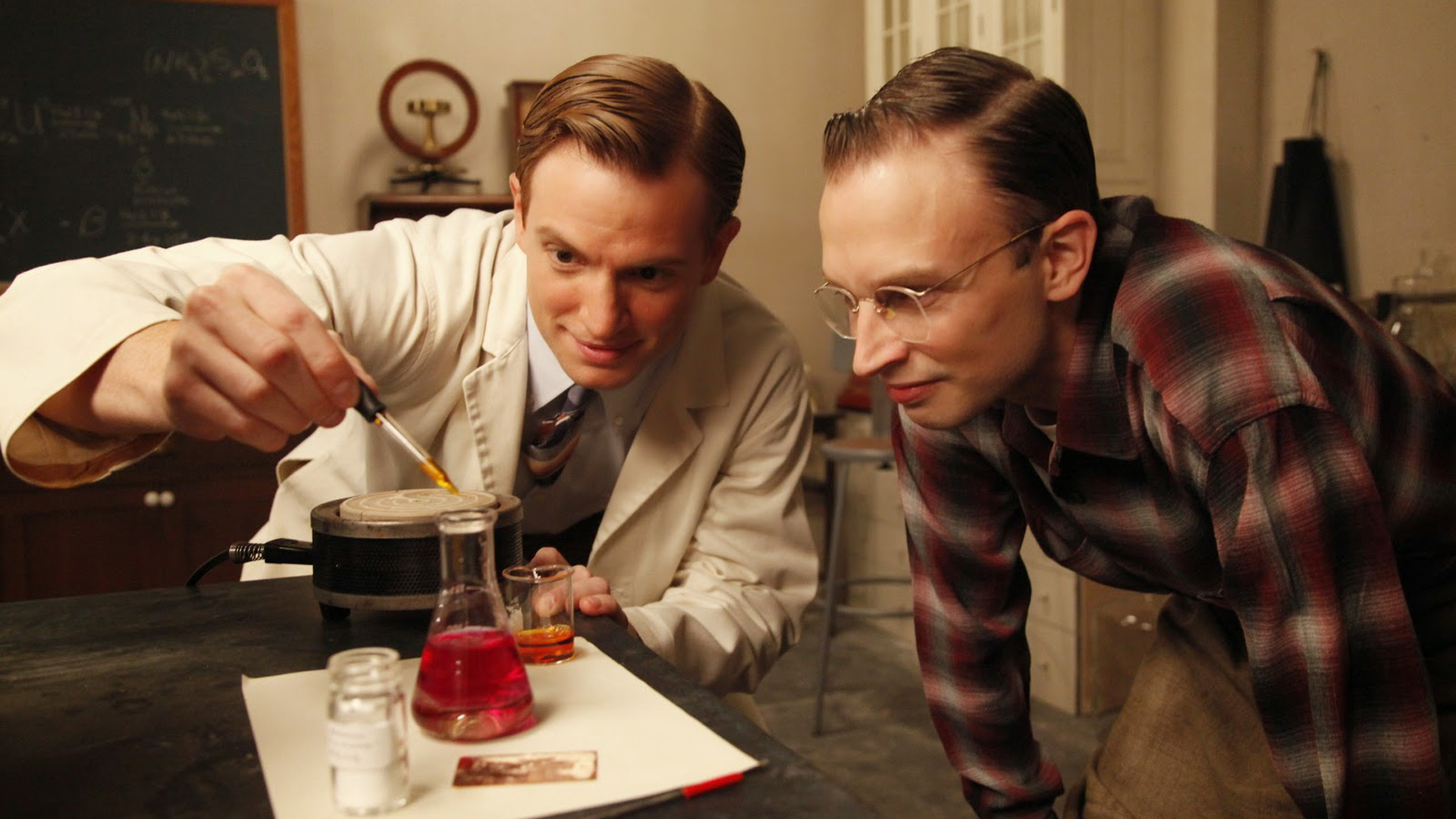 Watch this series about one of the great adventures in the history of science.

Support for the development of the Mystery of Matter project provided by: the Chemical Heritage Foundation, The Otto Haas Charitable Trust and The Camille & Henry Dreyfus Foundation. All support administered by: Filmmakers Collaborative. The series was filmed in the Commonwealth of Massachusetts with the support of the Massachusetts Film Office.

Mystery of Matter: Search for the Elements
was produced by Moreno/Lyons Productions LLC.

Mystery of Matter: Search For the Elements

| The Mystery of Matter: Search for the Elements
Choose Station

The Mystery of Matter: Search for the Elements