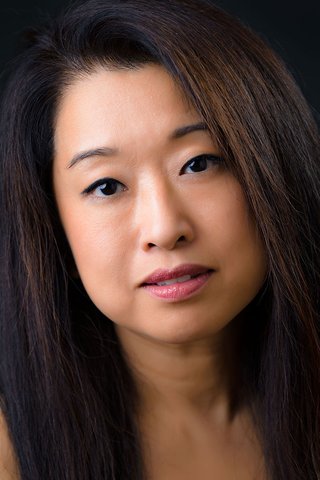 Photo by Richard Anderson Soprano Ah Young Hong has been praised by The New York Times for her “lovely voice with round, soft low notes and a sugar-sweet top” and The Washington Post described her voice as “glistening and resilient.” Her solo concert work has included performances with the Baltimore Symphony Orchestra, Miama Symphony Orchestra, Tempesta di Mare, The Lincoln Symphony Orchestra, Opera Lafayette, and Dreyden Ensemble among others.

Hong has performed with Opera Lafayette in Rebel and Francoeur’s Zélindor, roi des Sylphes at the Lincoln Center and La Musique in Charpentier’s Les Arts Florissants at the Kennedy Center. With Opera Vivente, she has commanded the stage with the title role in Monteverdi’s L’incoronazione di Poppea, Morgana in Handel’s Alcina, Gilda in Verdi’s Rigoletto, Asteria in Handel’s Tamerlano, and Minerva in Monteverdi’s Il ritorno d’Ulisse in patria. In England, she was Papagena in Die Zauberflöte under the direction of Benjamin Luxon, Fortuna and Minerva in Monteverdi’s Il ritorno d’Ulisse in patria under the musical direction of Michael Chance and director Tim Carroll at the Shakespeare’s Globe Theatre. In 2013-2014, she will be premiering American composer Michael Hersch’s first opera, On the Threshold of Winter, for soprano and chamber orchestra in New York City.

Hong is currently a member of the voice faculty at the Peabody Conservatory of Music of the Johns Hopkins University.