The Rule
Preview
Learn how a prep school achieves near 100 percent college acceptance for inner-city boys.

In 530 A.D., the Rule of Saint Benedict was written as a basic “common sense” guide to foster community in a monastery.

In 2014, "The Rule" documentary captures how one monastery called Newark Abbey, in the heart of one of America's most impoverished and violent cities, Newark, New Jersey, applies the precepts of this nearly 1500 year old handbook to its school, St. Benedict’s Prep. The Benedictine monks instill a sense of community in the most vulnerable student body: inner-city African American and Latino teenage males - who then go on to achieve amazing educational success. 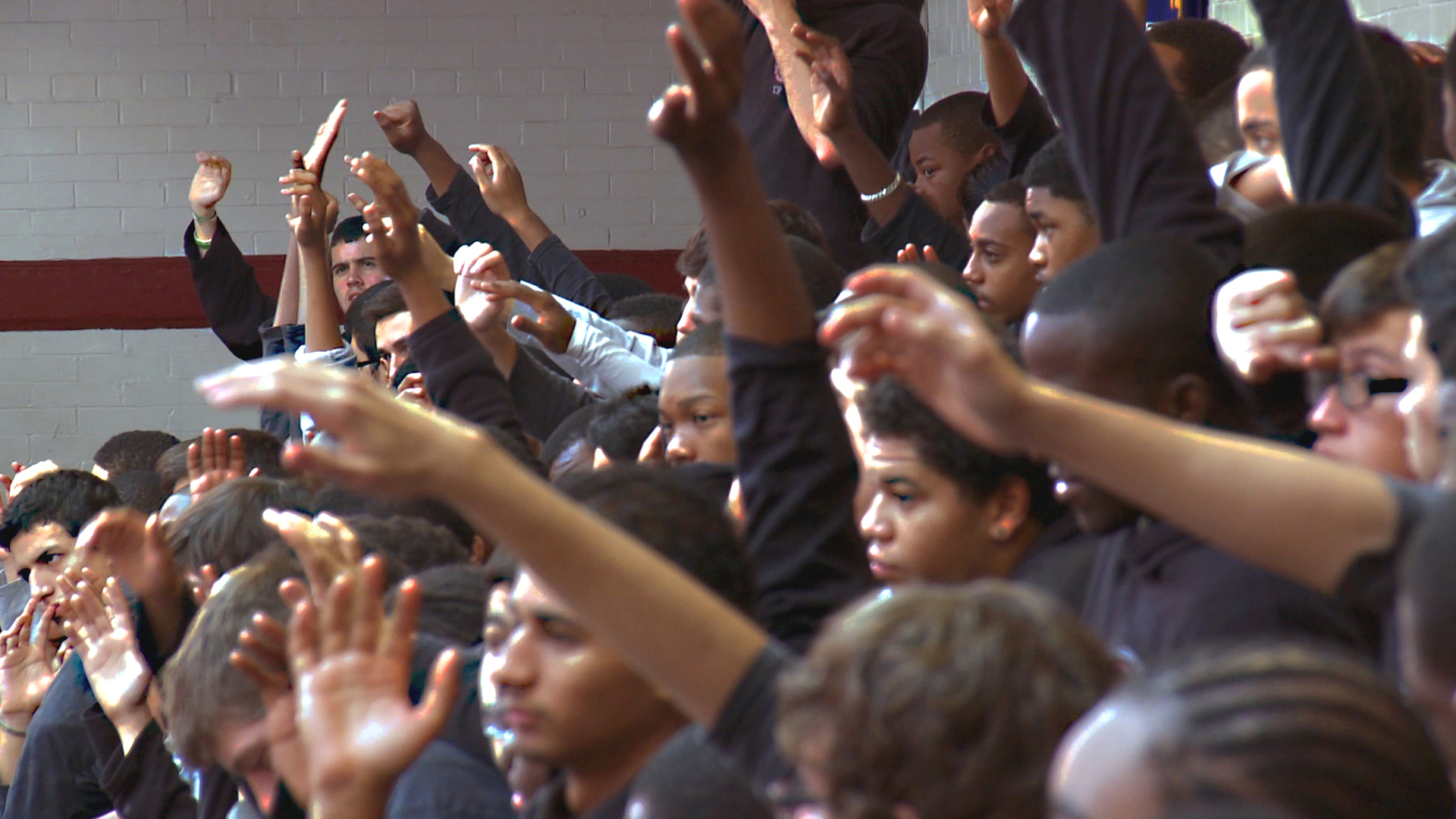 A formative chapter in the film begins in 1967 when St. Benedict’s Prep had a student body of mostly white young men from a working class background. But after the Newark Riots of 1967, fear of the neighborhood caused student enrollment to drop so significantly that the school closed in 1972.

A year later, while some of the monks moved to exit the decaying city and relocate the abbey and its school to a safer location, a group of visionary monks refused to leave Newark and, adhering to their vow of “stability of place,” reopened the school with few resources but a strong commitment to serve the students of the community, many of whom could not afford the tuition.

The monks of Newark Abbey lifted cloister to allow filmmaker Marylou Tibaldo-Bongiorno complete access to the monastery. Featuring fly-on-the-wall cinéma vérité footage, interviews with the monks, scholars, counselors, teachers, and students of St. Benedict’s Prep, and punctuated by the art, animation and music of Jerome Bongiorno, "The Rule" details why these kids succeed.

By the close of the documentary, "The Rule" presents a clear, scalable model to overcome the plight of Newark and other inner cities.

"The Rule" is the second film, following "Revolution ’67" (on PBS POV/STARZ), in the acclaimed 3Rs Trilogy of documentaries on Urban America created by Emmy-nominated, award-winning, husband and wife filmmakers and longtime Newark residents, Marylou & Jerome Bongiorno. It is a production of Bongiorno Productions Inc., in association with KTWU.

"The Rule" was produced and directed by Marylou Tibaldo-Bongiorno.
Photography, editing, animation and music by Jerome Bongiorno.

A production of Bongiorno Productions Inc., in association with KTWU.